A Retrospective: The Good, the Bad and the Rugby

Ahead of the screening of the ‘The Good, the Bad and the Rugby’ on the All Blacks facebook page at 8pm this Sunday, allblacks.com caught up with producer Ric Salizzo to find out how he brought the classic rugby documentary to life.

How did you get into the inner sanctum of the All Blacks to make the Good the Bad and the Rugby in 1989?

I had been mates with John Kirwan (JK) for a long time. We had gone to school and played rugby together. He went on to make the All Blacks and I became a reporter for TVNZ (Television New Zealand). I covered the 1987 Rugby World Cup and the 1988 Tour to Australia for TVNZ and pieced together some offcut footage to show JK. We had both grown up reading books about All Blacks tours and he said, ‘why don’t you make this (during the next All Blacks tour) and we’ll sell it as a video?”

Aside from John Kirwan, you must have had good relationships with the other players to capture such great behind the scenes footage?

I knew a lot of the guys through playing club rugby in Auckland and had been on the road with them for a couple of years as a reporter. I played at Marist (Auckland) so knew all the Marist guys. I also had a season at North Shore so knew those guys. Back then, All Blacks were club rugby players too. If you were in the club environment, then you got to know a lot of All Blacks. I was there covering it for TV anyway, so I just filmed a bit extra. 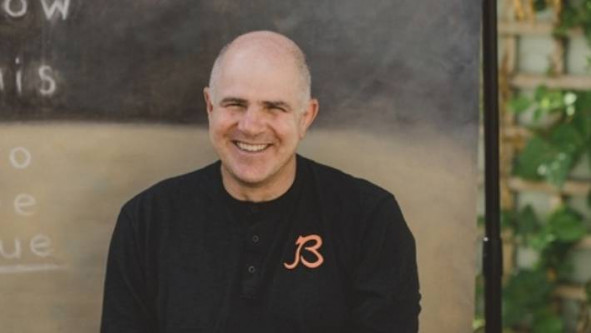 It seems like the team really brought into it?

One of the successes of the Good, the Bad and the Rugby was that it was really taken on board by the team as much as anything. I was not even there for some of the best scenes in it. I would come down in the morning and the crew would be gone. I would ask if anyone had seen my crew, and they would be like ‘yeah the boys have gone off to such and such and they took the crew with them’. That would happen all the time.

How close did All Blacks management monitor you?

I think there was an understanding that what we were doing no one had done before. The manager of the All Blacks at the time was a great man called John Sturgeon. He was a real visionary and was also very strong on where the boundaries were. We wanted to show the All Blacks as people but at the same time we didn’t want to dent the mystique. We were always very conscious of that. There was some stuff that we did stay away from, like going in the changing room before a game. We felt that was the All Blacks time.

I remember he was playing Pontypool in the third game of the tour and did his Achilles. As he was getting carried off the field in a stretcher he was saying, ‘tell the crew to follow me. I’m going to hospital, I’ve done my Achilles, tell the crew to drive behind the ambulance.’

The crew drove behind the ambulance and followed him into the operating theatre. JK was directing the crew from the hospital bed. The team doctor decided, fortunately for us, that it would be better for JK to stay on tour to recuperate. As a result, he laid in bed and yelled directions at me and the crew on a daily basis.

😎 You might be cool, but you're never going to be Michael Jones and Va'aiga Tuigamala shaking hands under the Eiffel Tower cool.

🚨 Disclaimer: This clip is from 1991. Do not try this until the Covid-19 pandemic is over. pic.twitter.com/IV6Rttvw1R

What was the plan once you had all the footage in the can?

No one was too interested when we were making it, it was sort of like, ‘oh it’s Kirwan and Salizzo with another one of their silly ideas’. That is sort of how it was treated. We cobbled it together with an editor over the holidays and released it as a VHS at the start of the rugby season around March 1990. There was no video retailer then, so it was sold in the likes of Whitcoulls and Service Stations alongside Geoff Thomas’s Snapper Secrets and Alison Holst’s cooking video. It went gangbusters.

Did it get a primetime TV release?

They put it on TV when the 1991 Rugby World Cup was on. We made a cutdown version for TV but funnily enough I missed it because it was the night my son was born. So that’s how I remember the television debut of the Good the Bad and the Rugby on 9 October 1991.

The Good, the Bad and the Rugby will play LIVE on the All Blacks Facebook page at 8pm on Sunday 12 April with Ric Salizzo on hand to answer fan questions in the comments section.

The Good the Bad and the Rugby follows the then world champion All Blacks on the 1989 tour of Wales and Ireland. With star wing John Kirwan as guide, 'The All Black Film Unit' gives a players’ insight into an international tour in pre-professional, pre-media trained times — there’s even a plate of oranges. Match, training, and travel footage is complemented by relaxed encounters with players.

This Sunday 12 April at 8pm NZT we bring you a live screening of the Good, the Bad and the Rugby on the All Blacks facebook page.

Director @ricsalizzo will be on hand in the comments section to answer all of your burning questions. Who's joining us? pic.twitter.com/b5denj9vxm