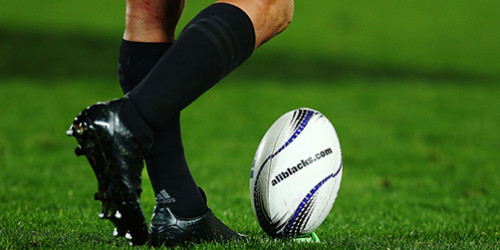 After a blockbusting 2015 rugby season which brought fans pulsating action across all formats, 2016 promises to be just as dynamic.
Featuring an expanded Investec Super Rugby competition, Sevens at the Olympics for the first time, a jam-packed All Blacks calendar and much more, find out all you need to know with the A-Z of rugby in 2016.

A: Argentina
If the sleeping giant stirred in 2015 they are ready to fully awaken in 2016. After a historic victory over South Africa in the Rugby Championship in August, Argentina’s expansive running game captivated the rugby world on the way to the Rugby World Cup semi-finals.

In 2016, Argentina boasts a team in Super Rugby for the first time with the Buenos Aires-based Jaguares. Featuring the majority of Argentina’s powerful 2015 Rugby World Cup squad, the Jaguares loom as a legitimate Super Rugby title threat.

In the Rugby Championship, Argentina will take confidence from their 2015 victory over South Africa and will be tough to beat at home in front of their passionate fans. B: Black Ferns
During the Canada Tour in 2015, the Black Ferns entrenched their position as the world’s premier women’s rugby side with comfortable victories over Canada, England and USA.

While the Rio Olympics will be a focus for some of the top women’s Sevens players, the Black Ferns will be looking to complete another unbeaten season in 2016. Halfback Kendra Cocksedge will be a player to watch in the Black Ferns jersey. After being named as the World Rugby Women’s Player of the Year in 2015, opposition teams will be desperate to contain the exciting talent during the 2016 season. Follow the Black Ferns progress in 2016 HERE.


C: Cruden
After being cruelly ruled out of All Blacks contention in 2015 through a knee injury, Chiefs star first-five Aaron Cruden is ready for action in 2016. This year will see the exciting pivot display his leadership qualities beside his playmaking ability after being named Chiefs co-captain with openside flanker Sam Cane. With All Blacks legend Dan Carter retired from International rugby, Cruden will be using the Super Rugby campaign as a chance to push for the All Blacks number 10 jersey but will face stiff competition from a host of talented first-fives including the Highlanders Lima Sopoaga and the Hurricanes Beauden Barrett.

D: Deserving
The All Blacks dominated the Steinlager Rugby Awards in 2015 following their back-to-back Rugby World Cup triumph but who will walk away with the awards in 2016? Held every year in December, the Steinlager Rugby Awards recognise players, coaches, referees and volunteers from every level. The big winners last year were the All Blacks as Adidas Team of the Year, Ma’a Nonu as the Kelvin Tremain Player of the Year and Lima Sopoaga as Super Rugby player of the year.

E: Eden Park
There is no more intimidating ground to play the All Blacks than at Eden Park. Since losing to France in 1994, the Auckland stadium has become a fortress for the All Blacks with 38 consecutive Test-match victories. This year brings two strong challengers to the ground in Wales (June 11) and Australia (October 22). If the All Blacks can get past Wales in June, they will face a huge challenge from Australia in the season’s third and final Bledisloe Cup clash to keep the streak alive. Australia have not won at Eden Park since 1986 and will desperate to break their losing run. F: First XV
Future Super Rugby and All Blacks stars will again strut their stuff in the National First XV Championship this year. Will traditional powerhouses like Rotorua Boys High School, Wesley College or Auckland Grammar vie for the title or will a lesser known challenger surprise the field? The New Zealand Schools side will be selected from the cream of the National First XV Championship and provide a good guide to All Blacks teams of the future.

G: Gold
History is set to be made in August with Rugby Sevens featuring at the Rio Olympic Games for the first time. On the women’s side of the draw, New Zealand will face stiff competition from Australia, England, Canada and dark horses Russia in their pursuit of gold.

Despite a sluggish start to the Sevens World Series, the All Blacks Sevens have been bolstered by the availability of All Blacks Sonny Bill Williams, Liam Messam and Hurricanes tearaway Ardie Savea for the Olympics should they be selected. With an Olympic Gold medal at stake, Fiji, USA and South Africa have set the early pace in the World Series and will surely be in contention come medal time.

J: June Tour
Warren Gatland’s Wales aim to make history during their three Test tour to New Zealand in June. Although Wales have recorded three Test victories over the All Blacks, they are yet to beat the All Blacks on New Zealand soil. Following the retirements of several key All Blacks and Wales improving performance over recent years, UK-based commentators are picking this as their best opportunity to upset the All Blacks. With stars like Dan Biggar, Sam Warburton and George North on display, Wales are sure to push the All Blacks to the brink. K: Kids
It’s set to be another huge year for kids involved in rugby across the country. Whether it is lacing up boots for the first time, watching the All Blacks play live or on television, getting autographs or kicking a ball in the backyard, there is something for everyone! Head to www.smallblacks.com to register to play this season, win stuff, learn new rugby skills and find out everything you need to know about the game.

L: Lima Sopoaga
From leading the Highlanders to Super Rugby glory and guiding the All Blacks to victory on debut in South Africa, Lima Sopoaga had a year to savour in 2015. Given the embarrassment of riches at first-five, Lima was unlucky to miss out on the 2015 Rugby World Cup squad but will be a certain contender to replace Dan Carter in the pivotal position this year.

M: Mitre 10 Cup
New Zealand’s premier provincial competition gets a facelift this year from the ITM Cup to the Mitre 10 Cup. But the changes don’t stop there. In a dynamic move, the Mitre 10 Cup is set to feature two on-field referees, to law changes at the breakdown and a change in points scoring with tries worth six points and penalties worth two points. The changes are designed to speed up the game and encourage expansive play. Strap in and get ready for an explosive, try scoring and innovative Mitre 10 Cup season!

N: National Sevens
The Bayleys National Sevens have become a fixture on the New Zealand rugby calendar and the 2016 edition did not disappoint. Held at the Rotorua International Stadium on 16-17 January, the action on the field was red-hot as Counties-Manukau romped to a 54-14 victory over North Harbour in the men’s final while Manawatu took out Wellington 26-19 in the women’s final. With Olympic Gold on the line this year, it was a great chance for Sevens exponents to press their claim for a spot in the national squads.


O: Openside Flanker
Richie McCaw’s retirement has left what is perhaps the biggest hole ever to fill in All Blacks history. Chiefs star Sam Cane seems like a natural successor to McCaw. As a player he is in a similar mould to the All Blacks legend and has even captained the All Blacks at Test level. His biggest competition for the position may come from Crusaders stalwart Matt Todd, Hurricanes livewire Ardie Savea, the returning Tanerau Latimer or All Blacks Sevens star Akira Ioane.

Q: Queensland Reds
Since winning the Super Rugby title in 2011, the Queensland Reds have failed to repeat their success but is 2016 the year they return to form? With an exciting squad featuring Wallabies Saia Fainga’a, James Slipper and Rob Simmons, Japan star Ayumu Goromaru, multi-code star Karmichael Hunt and former Sacred Heart College standout Taniela Tupou, the Reds will be a strong contender in the Australia conference.

R: Ranfurly Shield
In New Zealand domestic rugby, nothing exemplifies provincial pride more than holding aloft the coveted Log o’ Wood. The Ranfurly Shield holds a mythical place in New Zealand rugby history and produces encounters full of passion and intensity. After a proud 14-month, 11 defence reign, Hawke’s Bay lost the Ranfurly Shield to Waikato in a high-scoring thriller at McLean Park last year. Will Waikato hold onto the Shield or will another province etch their name onto the most sought after piece of wood in the country? S: Super Rugby
It’s a historic year for Super Rugby with 18 teams being featured in a new format - including teams from Japan and Argentina for the first time. Split across four geographical conferences, teams will play a combination of round robin and inter-conference matches before moving to the quarter-finals and culminating in the final on 6 August. The competition promises to be fierce with the Argentina-based Jaguares having built a strong squad to compete against the established SANZAR franchises.

T: Tana Umaga
Following a decorated All Blacks career, Tana Umaga has made a successful transition to coaching. Starting as a player-coach for both Toulon in the French Top 14 and Counties Manukau in the ITM Cup (now Mitre 10 Cup), Umaga retired from rugby in 2011 to fully focus on coaching. Since then the Hurricanes legend has built Counties Manukau into a strong force at domestic level. This year sees Umaga step into a Super Rugby head coaching role for the first time with the Blues. Having secured a strong squad for the 2016 season, much interest will focus on whether Umaga can turn around a Blues franchise that has underperformed over recent years.

U: Upsets
Last year saw perhaps the biggest upset in rugby history with Japan shocking South Africa in the Rugby World Cup. But the upsets didn’t end there. In Super Rugby, the unheralded Highlanders surprised many pundits by winning their first title and USA stunned New Zealand at the Dubai Sevens. Looking at 2016, don’t be surprised to see more upsets in the expanded Super Rugby competition, new look Mitre 10 Cup or at international level.

V: Vince Aso
The departure of legends Ma’a Nonu and Conrad Smith isn’t all bad news for the Hurricanes with the door opened for rising star Vince Aso. Since debuting for Auckland as an 18-year-old in the ITM Cup (now Mitre 10 Cup), Aso has shown flashes of brilliance and now has the chance to display his talent more regularly on the Super Rugby stage. If the Hurricanes are to repeat last year’s success, they will need to have Aso firing in the midfield.

W: Wellington Sevens
The Wellington Sevens takes on an all new emphasis in this year's hotly contested HSBC World Rugby Sevens Series. The All Blacks Sevens are hunting for a Wellington Sevens three-peat for the first time since 2005 but will face stiff competition from pace-setters Fiji, South Africa and USA. Of massive interest to fans will be the expected debut of All Black star Sonny Bill Williams on the World Sevens Series circuit. To join in the action in the stands on January 30-31, get tickets at www.sevens.co.nz 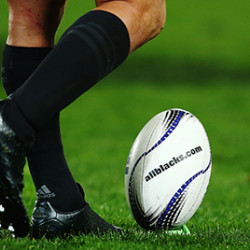