All Blacks defence holds Argentina out 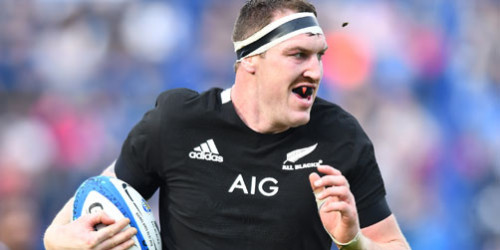 Dogged, determined defence, much of it in the hands of new All Blacks substituted in the final quarter, held out Argentina for a 20-16 win in their Investec Rugby Championship Test in Buenos Aires on Sunday (NZT).

The game ended with Argentina having two lineout throws five metres from the All Blacks line, the first resulting in a penalty, and the second in a determined drive by the All Blacks pack who secured the turnover to seal the win.

QUICK TAP: MAORI ALL BLACKS DEFEAT FIJI IN ROTORUA
It had been a frustrating second half in which the All Blacks were held scoreless, especially after a fine second quarter in which the New Zealanders looked set to dominate in the second half.

But they were unable to achieve the same fluidity against an Argentina side who scored the only try of the second half and who contested every play and who looked to probe, causing a thorough test of the New Zealand defensive lines.

The All Blacks carried for 504 metres against 301 for Argentina and they beat 38 defenders to nine but they also conceded 25 turnovers to 18 by the home team.

New Zealand were forced to make 103 tackles to 79 by Argentina but the home side missed 38 tackles to only nine by the All Blacks and that spelled the difference in the end. Captain and flanker Sam Cane led the way with 12 tackles while Ardie Savea made 10 with prop Ofa Tuungafasi also making 10. New flanker Luke Jacobson added six when marking his debut in the final quarter.

In a second half with a lack of opportunities they went close to breaking through but handling lapses denied them, and Argentina suffered in similar fashion especially as the chance of taking their first win was in the offing.

After Argentina landed two penalty goals in the first and fifth minutes to Nicolas Sanchez and Emiliano Boffelli respectively, the Hurricanes influence showed itself to effect.

Firstly, it was Savea breaking off the back of an All Blacks scrum on their goalline to give the side impetus to clear downfield. Then, from a lineout first five-eighths Beauden Barrett took the ball to the line, as he did for much of the game, then slipped a kick into space behind the Argentine defence.

Second five-eighths Ngani Laumape ran through to pin Boffelli on his line. Argentina cleared but good lineout ball for the All Blacks saw Savea drive his way towards the line before a penalty was called. Halfback Aaron Smith took a quick tap to feed Laumape flying at the line and he drove over under the crossbar to score.


Moments after Barrett landed a penalty goal in the 37th minute, Argentina attempted to move the ball through the second wave of players, but in attempting a flat pass Sanchez threw it wide where lock Brodie Retallick picked it off and ran 45m unchallenged to score and to give New Zealand a 20-9 lead at the break.

Argentina made the most of a good start to the second half when Beauden Barrett's attempt to keep a ball in play was beaten by the bounce. From that Argentine used the lineout ball to probe for space and when under penalty advantage Sanchez lobbed a kick to the All Blacks' line, Boffelli was able to contest the ball in the air with Ben Smith.

He was able to secure the ball and score the try in the 46th minute. That was all the scoring in the game, but in the end the depth available proved invaluable and the All Blacks worked much of the rust out of their system ahead of next week's key game against South Africa. 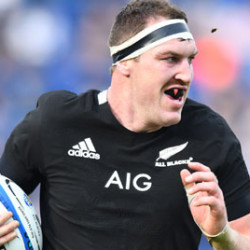