All Blacks get basics message for Dunedin 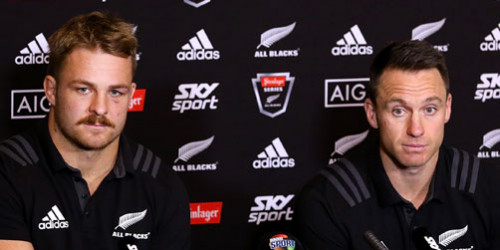 Paring back their game and having basic messages reinforced as a result of their effort in the second Steinlager Test would be to the forefront of preparation for the All Blacks ahead of the third Test against France in Dunedin on Saturday.

Disappointed with the way they were unable to contain a 14-man French team for three-quarters of the Wellington Test, in spite of their win, the All Blacks had their requirements for Dunedin reduced to the blacks and whites of their game.

QUICK TAP: JULIAN SAVEA CONFIRMS MOVE TO TOULON
Flanker Sam Cane said the messages concerned were not new to them, they had heard them before but there were so many things they could concentrate on that sometimes they could look too deep for answers to why things happened when the basics were the most obvious feature needing to be brought to the front of the brain again.

He said one of the best life lessons he had learned from the review process was that being singled out by the coaches was nothing personal, it was for the betterment of the team.

"We can tell each other really straight and know that it's not a criticism to try and improve. It is a little more uncomfortable when there are 30 of your teammates around but you'll be doing your best to make sure you're not up on that screen next week," he said.

And experience was no protection, the same treatment applied whether players had 100 Tests or one.

Wing Ben Smith said the team review highlighted the French had the better attitude of the two sides in the game and had been hungrier.

"At the same we still managed to get a win and we're excited by the week ahead," he said.

Cane said it was only human nature that France would have been disappointed with their first Test effort, especially when for over 50 minutes of the Test they had been leading.

The All Blacks had fallen into the trap of believing they had achieved a dominant performance on the scoreboard.

"In reflection it wasn't. We had to work hard for long periods of that game. We got the rewards at the end because we stayed focused on the process throughout that Test.

"In the second Test I wouldn't say we did that as much. We turned up and got beaten to the punch right from the outset and then for them to receive a red card on top of that…We were a little like 'it's going to happen now' and when they didn't start we got frustrated and things got worse from there.

Smith said the way to work against complacency was not to focus on the scoreboard but to get the process right by individually and collectively doing their jobs to achieve their process.

That required the team's leaders to be conscious of requirements in the heat of the game and to pass that on to their teammates.

Cane said: "If we had our time again we'd deliver a few different messages."

There had been a want to get into the spaces created by the loss of the French fullback Benjamin Fall and they had pushed passes to achieve that instead of going through the middle and earning the right to move the ball wider, he said.

France had also contested the breakdown more in Wellington and their quicker reactions and anticipation had produced results for them at times.

"We looked at some clips where our actions were too slow and they've got on the ball and got in good positions," Cane said.

Another factor was the need for the All Blacks to get better go-forward with their ball carries in order to get into space a little more rather than going where the French defenders were.

"That makes the cleanout a lot easier so we'll focus on those two areas," Cane said.

?? Red card or yellow card? @CoryJane1080 makes his call on the moment that has rugby fans talking the globe over! PLUS you can win a pair of boots signed by CJ himself in this episode of the After-match! pic.twitter.com/xnDibU4fZg— All Blacks (@AllBlacks) June 18, 2018 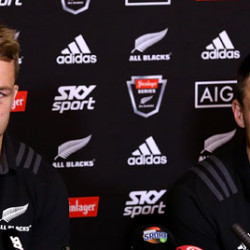