All Blacks podcast with Nigel Owens 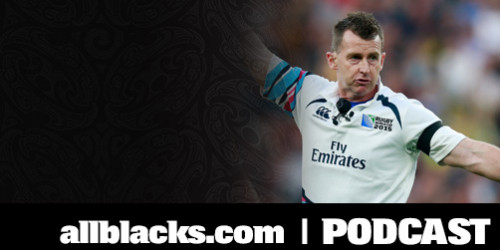 The world's most-capped referee and king of one liners Nigel Owens joins the All Blacks podcast to chat about his rugby journey.

From his upbringing in a 'soccer village' in Wales where no English was spoken to his first foray into rugby refereeing at the age of 16, and all the way to controlling the Rugby World Cup final in 2015, Nigel Owens gives an inside seat to his story.

Subscribe to the All Blacks Podcast on iTunes HERE and listen directly below.
About your hosts: JP Tocker and Andy Burt are born and bred Wellington lads with a love of rugby. After representing Wellington Secondary Schools in both rugby and cricket while at St Pats Town, JP went onto play 168 Premier matches for Marist St Pats – including four Jubilee Cup titles. Andy peaked in the St Bernard’s College Second XV before finding a spot on the wing for the Parliamentary Rugby Team. During the rugby season, you can find JP commenting Wellington club rugby and covering First XV rugby for SKY TV while Andy writes for allblacks.com. JP also has his own podcast called the JP Tocker show featuring all types of New Zealanders talking about goal setting, overcoming adversity and chasing their dreams. 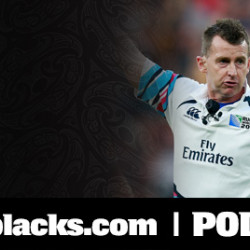