All Blacks Sevens looking to start strong in Dubai All Blacks Sevens Coach Clark Laidlaw has named a 13-man team for the first legs of the 2018/19 HSBC Sevens World Series in Dubai and Cape Town.

Co-captain Tim Mikkelson will remain in New Zealand with the impending arrival of his first child while Northland's Scott Gregory is in line for his All Blacks Sevens debut on the World Series. 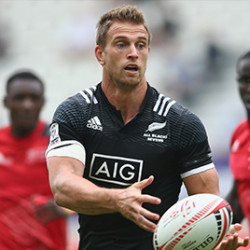