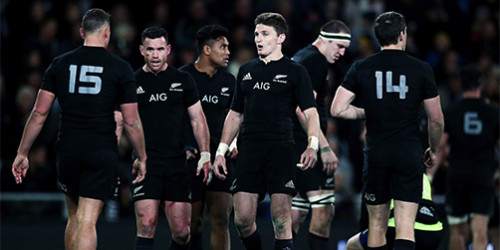 The All Blacks selectors, Steve Hansen, Ian Foster and Grant Fox, have selected their squad for the 2016 Investec Rugby Championship.

The squad is as follows: (with province, Investec Super Rugby team and Test caps in brackets)

Hurricanes outside back Nehe Milner-Skudder and Chiefs midfielder Charlie Ngatai weren't considered for selection due to injury.

All Blacks Head Coach Steve Hansen said he and his fellow selectors were very happy with the squad and combinations they had come up with.

"The form of the players in Investec Super Rugby has been outstanding and, whilst there is not a lot of change from the Steinlager Series squad, it was still a challenging team to select. It was more a case of who do we leave out, rather than who do we pick.

"We're confident that we've picked the right players for the Championship, with some proven combinations and some Test experience being balanced out by the need to continue to grow the newer players in our environment."

Hansen said the number one goal for the All Blacks, clearly, was to win the Investec Rugby Championship but there were also secondary goals supporting that.

"One is to re-establish our team, from a leadership and playing point of view. The second goal is to grow the understanding and confidence of our newer players, both on and off the track; and thirdly, we want to play a standard of rugby that we can all be proud of and excited by," he said.

"The quality of the opposition we'll face during the Investec Rugby Championship will require a growth in our physicality, intensity and the standard of our preparation. How well we do that will be reflected in our results. It's going to be a very competitive Championship, which we're all really looking forward to.

"By the end of the tournament, we'd expect to have a greater understanding of where the 32 individual players are at, and their ability to cope and perform at Test level."

The makeup of the squad, which will again be captained by number eight Kieran Read, sees 18 forwards selected (three hookers, five props, four locks and six loose forwards) and 14 backs (three halfbacks, three first five-eighths, four midfielders and four outside backs) and has a total of 968 Test caps experience.

The squad is made up of five Blues players, six Chiefs, five Hurricanes, nine Crusaders and seven Highlanders while 12 of New Zealand's provinces are represented, with eight Canterbury players, six from Auckland, four from Wellington, two each from Southland, Manawatu, Hawke's Bay, Taranaki and Bay of Plenty, and one player each from Counties Manukau, Waikato, Tasman and Otago.

The All Blacks squad will assemble on Thursday this week for a two-day camp on Auckland's North Shore minus the five Hurricanes who are preparing for this weekend's Investec Super Rugby Final. Six additional players will also attend the camp: Damian McKenzie, Seta Tamanivalu and their fellow Chiefs back Anton Lienert-Brown as well as Blues loose forward Steven Luatua, Blues outside back Melani Nanai and Crusaders loose forward Matt Todd.

Following this week's camp, the All Blacks will re-assemble in Auckland next Thursday 11 August to prepare for the opening Test of the Investec Rugby Championship, the Bledisloe Cup clash against Australia in Sydney on Saturday 20 August. The squad will play training matches against Counties Manukau and Northland in the "Game of Three Halves" event at ECOLight Stadium in Pukekohe on Friday 12 August before heading to Sydney on Sunday 14 August.

All Blacks and The Investec Rugby Championship - The Highlights