All Blacks Test match to be streamed online internationally New Zealand Rugby today announced the third Bledisloe Cup Test between the All Blacks and Australia will be streamed live and available on-demand to more than 45 countries around the world on
www.youtube.com/allblacks from 7.35pm NZT (7.35am GMT) on Saturday, 19 October.

The free streaming of the Test offshore to territories including USA, Russia and Italy marks the first time New Zealand Rugby has streamed a Test match live on the All Blacks YouTube channel.

New Zealand Rugby Chief Executive, Steve Tew said the online broadcast of the Test would provide not only All Blacks fans from around the world with an opportunity to view the eagerly awaited match, but also open up rugby to a wider audience.

“The international popularity of the All Blacks on our social media channels is huge, with almost 70 per cent of our 3 million strong online community based outside New Zealand.

“In terms of world rugby, it doesn’t get much bigger than the All Blacks against our traditional rival, Australia. Providing fans from Manhattan to Moscow with an opportunity to watch the final Bledisloe Cup Test of the year supports our goal to showcase the All Blacks in new markets throughout the world and build our global fan base.

“This is a first on this channel and we have a range of exciting innovations planned in the online and content space over the coming months that will help us connect with the growing global fan base,” said Mr Tew.

In New Zealand the game is broadcast live on SKY, with a free to air replay on Prime with a two hour delay.

As well as the live stream, the match will also be available in these markets to be viewed as Video on Demand (VOD) on the All Blacks channel following the live match.

The All Blacks and Australia Test is available on www.youtube.com/allblacks in the following countries: 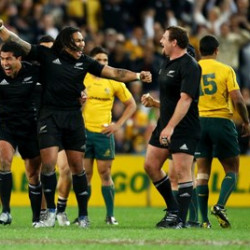