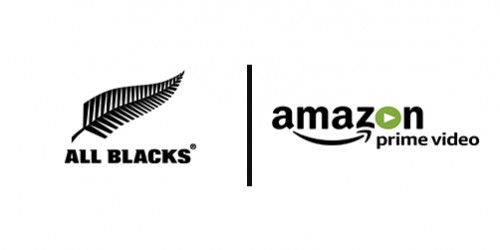 The All Blacks will feature in an exclusive Amazon Original Series that will be available in 2018 to Amazon Prime members in over 200 countries.

New Zealand Rugby (NZR) has granted unprecedented access to Amazon Prime Video to follow the All Blacks across 2017, including the recent DHL New Zealand Lions Series. The series will provide a look inside the world of the players, coaches and the support team that sits behind them through the season, on and off the field.

QUICK TAP: BLACK FERNS HAVE GREAT START TO WRWC CAMPAIGN
Amazon Prime Video has a track-record of producing and broadcasting outstanding sports content including the successful The Grand Tour with Jeremy Clarkson, Richard Hammond and James May; All or Nothing, an Emmy Award winning series following the NFL’s Los Angeles Rams, and an upcoming series on Tour de France chef Hannah Grant.

“This is an incredible opportunity to take the unique story of the All Blacks into a huge number of markets and households around the world. We are excited to provide a global audience a behind the scenes look at what makes the All Blacks one of the world’s most respected sports teams. The Amazon production will give an unprecedented insight into what makes this team tick,” said NZR Chief Executive Steve Tew.

“Viewers will not only get front row seats to what goes on behind the scenes and see the players, coaches and management at training and in their communities like never before, but they will also get a look at the support system that is critical to their success on the field. While the team’s secrets to success will be protected, viewers will have unprecedented access to the team.

“This Amazon series promises to tell the story of the history and heritage of the All Blacks and further grow the legacy of the men in black by providing a record of them at work through the 2017 season.”

Conrad Riggs, Head of Unscripted for Amazon Originals, said it was exciting to be producing a series on the world’s most successful sports team.

“The All Blacks are the winningest team in the history of team sports with an 84 percent winning record over the last 130 years. This series will provide Prime members a glimpse into what makes them so successful and what it means to undertake the responsibility of donning the Black Jersey and performing the sacred Haka.

“The story of the All Blacks is also the story of New Zealand. The team is not only a source of pride, but a barometer of the national mood, with a strong cultural connection to the nation, its people and its heritage. The documentary series will go well beyond rugby and dive deep into the hearts of these modern day warriors.”

The series is slated to be produced by Warner Brothers New Zealand, in conjunction with Mother Media Group and Pango Productions Ltd and, executive producers Eden Gaha, Greg Heathcote and Bailey Mackey.

Prime members will be able to stream the series exclusively via the Amazon Prime Video app for TVs, connected devices, mobile devices and online. Members can also download the series to mobile devices for offline viewing at no additional cost to their membership. The series will be a global release and available on PrimeVideo.com for Prime Video members in more than 200 countries and territories.

The Warner Bros. New Zealand team is known for its high production values and use of cutting edge technology to bring scale and feature film quality to non-scripted production, with an outstanding reputation for delivering strong character casting and engaging factual story-telling for primetime audiences.

In 2016 the team delivered over 170 hours of primetime television, with in-house production, post-production and motion graphics teams that pride themselves on creating the very best content for New Zealand audiences. With an on-going commitment to developing innovative New Zealand original scripted and non-scripted content, highly successful commercial partnerships (AFP) and local versions of the very best international formats available.

Please note: Prime shipping membership is not available in Australia/New Zealand. Currently in Australia and New Zealand, membership to Amazon Prime Video is available at $2.99/month for the first six months and $5.99 a month thereafter. 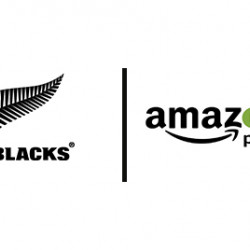