Another test for emerging game plan 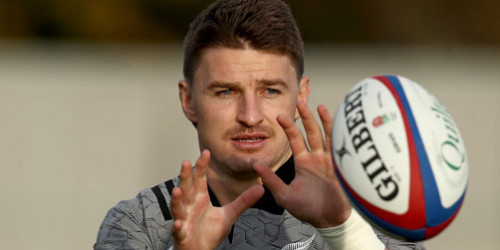 New Zealand's long-awaited Test with England at Twickenham on Sunday (NZT) would be another opportunity to advance the game plan the All Blacks are attempting to create, especially among the backline.

First five-eighths Beauden Barrett said the positive thing about the alignment with Damian McKenzie at fullback and Richie Mo'unga as substitute was that they each understood the role of the first five-eighths and they were able to help each other out in the way that a specialist fullback might not be able to see.

"It's exciting, all of those lads are great players and if we choose to go down that path on Saturday I'm sure its good for the balance of the game," he said.

Having the backs all able to fit into different positions on the field to play an unstructured game was the ideal and they had made great gains in that area, he said.

Barrett's connection with the England side, and several of the players in their team on Sunday, goes back to the 2011 Under-20 World championship and the final had gone down to the last moments and it had been a great tournament to be part of.

New Zealand had a handy side as well, and the games involved stood out in his career, he said.

Twickenham was a great place to play rugby and it would be a great challenge for the All Blacks on Saturday. The side were all excited about that and there had been a lot of talk leading into the game and they couldn't wait to get out onto the ground to play because it was a spectacular place to play rugby, he said.

Wing Rieko Ioane said playing at Twickenham would be one game he would remember and was sure that applied to not only all the newer players but the more experienced campaigners as well.

He said coming into the All Blacks what had surprised him was the amount of pressure that came from within the group rather than from exterior forces. He said the pressure to perform in the way Barrett wanted when calling the shots was greater on the team than that from the opposition.

And the concentration on that type of pressure made it a bit easier to cope with.

At the same time, the pressure moments and the challenges associated with them were what the players enjoyed in the game.

While there was a natural interest in comparing Barrett with his England opposite Owen Farrell, Barrett said the All Blacks didn't get into one-on-one personal battles. It was England vs New Zealand and that's what they were for.

England played a different style of game but that didn't mean they lacked pace on the outsides. They had a very good team and played the game that best suited them.

He did say he wasn't sure how it would feel to be lined out against former Hurricanes teammate Brad Shields. It would be weird and he hoped he didn't see him out there too much because he was a big brute and would probably try to line him up.

He was also sure there would be some banter whenever Dane Coles ran on. 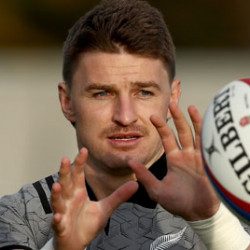