Australia post-Folau will be different - Hansen 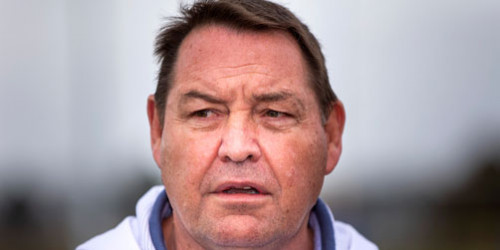 Reminders to the All Blacks of the dangers in engaging on social media would be reinforced in the wake of the Israel Folau controversy which has dominated the Australian game in recent weeks.

Folau had his contract with Rugby Australia ripped up after social media comments offended their code of conduct.

QUICK TAP: MAORI ALL BLACKS TO PLAY FIJI IN TWO-MATCH SERIES
All Blacks coach Steve Hansen said at Monday's Foundation Day for North Island All Blacks at Papakura that Folau's absence from the Australian team for the Investec Rugby Championship would mean they would be a different team because he was such a great player.

"It's disappointing for Australia that this whole thing's happened but it has and they'll want to move on from that and the rest of us have to move on too.

"When you play Test matches you want to play against the best but they've got some quality players that play fullback and I'm sure they'll put people in with similar skills, his skill of high ball, very dangerous on that cross-kick, so they'll look to try to replicate that I guess and they've got players that can do that," he said.

Players did need to be aware of what they did on social media because it was a pretty big platform and they had to be sensible about it.

"People can have their own beliefs, there's nothing wrong with that, as long as it's not damaging the beliefs of the team or your organisation you work for so it's pretty simple really, isn't it?" Hansen said.