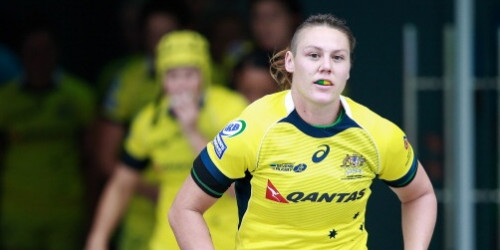 All four nations in Pool C at the Women's Rugby World Cup in France have now announced their squads of 26, with hosts France joining South Africa, Australia and Wales in making their selection.

The showpiece event takes place in Paris and Marcoussis on 1-17 August and hosts France retain the majority of the players who triumphed in winning the Six Nations Grand Slam earlier in the year.

Springbok Women’s coach Lawrence Sephaka has included 11 players with previous World Cup experience and the squad will be led by experienced captain and number 8 Mandisa Williams, who guided the team in the 2010 showpiece in England as well as at Rugby World Cup Sevens 2013 in Moscow.

Four players - Williams, flanker Lamla Momoti, prop Cebisa Kula and scrum half Fundiswa Plaatjie - will be going to a third World Cup, having played in 2006 and 2010. The other survivors of 2010 are prop Portia Jonga, second rows Nomathamsanqa Faleni and Nolusindiso Booi, fly half Zenay Jordaan, wing Phumeza Gadu and centres Ziyanda Tywaleni and Lorinda Brown.

“These players have worked very hard and have made many sacrifices in the last few months to work their way into contention for places in the World Cup squad, and their selection is just reward for those efforts,” said Sephaka, whose side finished 10th four years ago.

Among the list of players for Australia are three regulars from their Women’s Sevens team in captain Sharni Williams, Shannon Parry and Cobie Jane Morgan.

The Wallaroos will be aiming to improve on their third place finish at Women’s Rugby World Cup 2010 and recently played competitive warm-up games against New Zealand and Canada, losing to Canada 22-0 and New Zealand 38-3.

“Although we didn’t get the results we wanted, from a coaching perspective we now know exactly what we need to target and have adjusted our training programmes accordingly,” said coach Paul Verrell. “Having three representatives from our hugely successful Sevens set-up highlights how the ARU’s Wallaroos and Sevens programme are working in tandem for this World Cup campaign.”

Veteran fly half Tui Ormsby will represent Australia at her fourth Women’s Rugby World Cup, becoming the first Australian woman to do so, while 12 players will be going to their first.

Wales head coach Rhys Edwards made a couple of surprise inclusions in his squad for Women's Rugby World Cup 2014, including uncapped prop Cerys Hale and centre Adi Taviner, who was one of the youngest members of the World Cup squad in 2010, but hasn't figured for Wales for two seasons.

Taviner was the standout performer in Neath's successful Super Cup run, and Rafique Taylor also returns to the squad, having missed out on the Six Nations but impressing on the wing for Wales Sevens has ensured her inclusion. Ffion Bowen, Vicky Owens and Hannah Jones were the unlucky players to miss out.

"Some tough calls had to be made – Hannah is still only 17 so she has plenty of time on her side to play in future World Cups while Vicky and Ffion were unfortunate to be in positions which were hotly contested," said Edwards. "Adi's inclusion is not a gamble at all as she has been on our radar for some time even though she hasn't been playing international rugby. She has been playing really well and is in a good place plus she covers centre and the back three.

"Ultimately we have taken the last two years into account when picking the squad – from training, off the pitch and on the pitch and it is a side I believe has plenty of potential to do well in France." 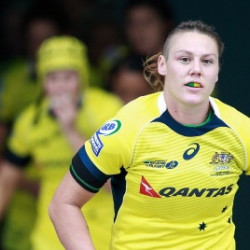