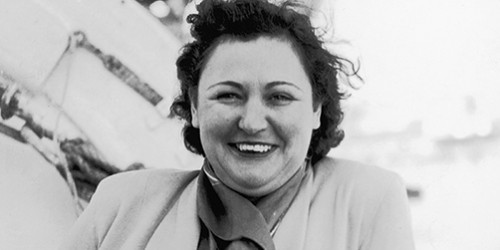 This ANZAC Day, the Black Ferns have revealed in-depth the inspiration behind their 2017 Rugby World Cup success.
In a documentary screened on Maori Television called ‘Nancy Wake Remembered’, Black Ferns loose forward Charmaine McMenamin speaks about how the Wellington-born war heroine motivated them during their successful 2017 World Cup campaign.
“All our coach (Glenn Moore) said was I have a role model for you. She is a Kiwi and her name is Nancy Wake. I want you to find out all you can about her. Do your research and then report back to us.”
Black Ferns assistant coach Wesley Clarke said the team had to present to the group what they learnt about Nancy Wake.
“They were all in small groups, but they weren’t allowed to present the same stuff. So, they had to work together to determine who would cover what, whether that be her early life or later on. It was fair to say a few people were hard to keep quiet once they got started on Nancy. Her inspirational story quickly made it's mark on the team.”
This was a year out from the 2017 campaign and it really set the precedent for the Black Ferns squad.
Nancy Wake was born in Wellington in 1912. She moved to Australia when she was two and then at the age of 16, she made her way to London where she trained as a journalist. She eventually moved to Paris and was living in Marseille when the Nazis invaded France in 1940.
Wake became part of the French resistance and worked as a courier, helping people get out of France. The Gestapo even had a code name for Wake – the ‘White Mouse’ because of her ability to elude capture. She was constantly in danger, and after many attempts she managed to flee France, crossing over the Pyrenees into Spain and onto the UK. She then joined the Special Operations Executive, was trained in sabotage and raiding operations and was parachuted back into France.

McMenamin said Nancy Wake became such a rock for the team.
“I remember days at training where we would be having an off day and our coaches would pull us up and say, would Nancy be happy with this? And we knew she wouldn’t, so we then had to rectify it.”
Clarke said once they realised Nancy’s influence on the Black Ferns team, they started to get clever with their communication.
“We did get smart in keeping her accountable. Nancy’s standard was hard to beat in terms of what she had to do to get a job done. So, our language in the team started revolving around her and it became a theme for us.”
The Black Ferns went on to defeat England 41-32 in the final in Dublin, claiming their fifth world title and when it came to the naming of the trophy, McMenamin said the answer was obvious.

“Nancy. We weren’t going to call it anything else. She was our drive throughout the whole campaign.”
Clarke remembers when he first heard the trophy being referred to as Nancy.

“My first memory was the morning after the final at the airport. We were looking for the tournament trophy and Kendra Cocksedge was calling it Nancy. It was quite exciting at the time to hear that. We had no idea it was going to stick and who knows it may have a future with us as well.” 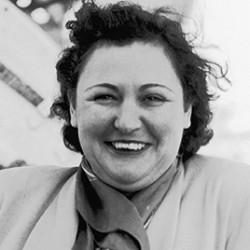 View all
Baker hits 50 for All Black Sevens as Lewis Ormond makes welcome return
Kurt Baker is one of the most popular and successful New Zealand Sevens players and next weekend the 33 year-old will play his 50th tournament for the All Blacks Sevens.
PREVIEW: Black Ferns v Wallaroos (Christchurch)
Having never lost the O’Reilly Cup, the Black Ferns will be determined to continue on their winning ways against a quality Wallaroos side ahead of a home Rugby World Cup, which is fast approaching.
50 Days until Rugby World Cup kicks off on home soil
The countdown is well and truly on for the Rugby World cup which kicks off in New Zealand on October 8, just 50 days away.
Kurt Baker returns for 50th All Blacks Sevens tournament in Los Angeles
The All Blacks Sevens stalwart Kurt Baker will run out in the black jersey for the 50th time in Los Angeles next weekend, named in the 13-strong team for the World Series tournament.
Tasman v Hawke's Bay FPC match cancelled due to extreme weather in Nelson
Nelson’s state of emergency has forced New Zealand Rugby (NZR) to cancel the Round 6 Bunnings Warehouse Farah Palmer Cup (FPC ) match between Tasman and Hawke’s Bay which had been scheduled to kick off at Trafalgar Park tomorrow (Saturday, 20 August).
Deep Canterbury connection ahead of O'Reilly Cup opener in Christchurch
Black Ferns Director of Rugby Wayne Smith spent 33 years playing and coaching in Canterbury. Christchurch was the city where he established his formidable reputation and met his coaching mentor Laurie O'Reilly.
Farah Palmer Cup Round Six: Team Lists
Playoff spots are on the line both the Premiership and Championship as the march to the semifinals intensifies this weekend.
Cullen Grace tops Duane Monkley Medal table after two rounds
In-form Canterbury flanker Cullen Grace is at the top of the Duane Monkley Medal leaderboard after the opening two rounds of the Bunnings NPC.
Bunnings NPC Round 3: Team Lists
Round three of the Bunnings NPC promises more surprises with unpredictable matchups taking place and several All Blacks returning to action across the competition.
Wallabies take inspiration from All Blacks recovery
Australia will take their lessons from how the All Blacks recovered from a first loss to South Africa in the Lipovitan-D Rugby Championship as they face a tough challenge after a record loss to Argentina.
Tyrone Thompson relishing time back home with Hawke's Bay
Tyrone Thompson (Ngāi Tāmanuhiri and Ngāti Rangiwewehi) is back home in Napier with a reputation enhanced following strong stints in Wellington with the Lions and the Chiefs in Hamilton.
Black Ferns set to defend O’Reilly Cup in Christchurch
Black Ferns coaches Wayne Smith, Wes Clarke and Whitney Hansen have named their side for the first of two O’Reilly Cup Tests, to be played in Christchurch, this Saturday (kick off 7.05pm).
Mataele in electric form for Canterbury
Martha Mataele has been in electric form for Canterbury in the Farah Palmer Cup. The winger has scored five tries in four games, dotting down in each fixture for the unbeaten red and blacks.
Ian Foster backed as All Blacks coach, with Joe Schmidt named as assistant
The New Zealand Rugby (NZR) Board has given their full support behind Ian Foster as All Blacks head coach.
Springboks name squad for Australian-leg
In the wake of the All Blacks' 35-23 Lipovitan-D Rugby Championship triumph over South Africa at the weekend Springboks coach Jacques Nienaber's selection policies are under increasing scrutiny.
King Country embark on 100th year
King Country's 100 years of rugby has been an example of what rugby means to Heartland New Zealand.
Five things to look forward to: Bunnings Warehouse Heartland Championship
Regional rugby pride will be on full display once again when the Bunnings Warehouse Heartland Championship kicks off this Saturday.
Selection of All Blacks available for Round Three of Bunnings Warehouse NPC
The following players have been released by the All Blacks to play in the Bunnings Warehouse NPC this weekend:
Teenage dream close for Tyla Nathan-Wong
Tyler Nathan-Wong (Ngāpuhii) was only 15 years old when she was first involved with the Black Ferns. She played a trial for the 2010 World Cup team only to be told afterwards she'd be ineligible for selection because she was too young.
Charmaine McMenamin returns to Black Ferns
When the Black Ferns played their 100th test against England in October 2021 veteran loose forward Charmaine McMenamin (Ngāti Porou) was confined to a hospital bed, doubtful she'd ever play rugby again.