Black Ferns to be honoured with Test capping 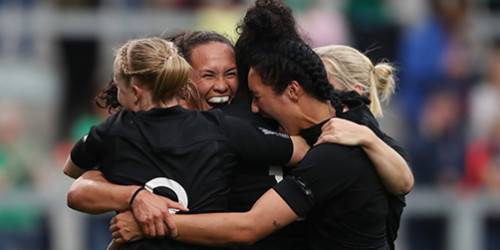 The team who took home the inaugural Women’s Rugby World Cup will be among the first Black Ferns to receive their caps at a special reunion event, on the 20th anniversary year of their victory in Amsterdam.
New Zealand Rugby (NZR) today announced a project to officially cap all Black Ferns who have played in sanctioned Test matches in a series of ceremonies and events which begin this month.
QUICK TAP: BLACK FERNS NEED TO KEEP ADVANCING
NZR Chief Executive Officer Steve Tew said the capping project was an important part of recognising the achievements of the World Champion Black Ferns.
“The planning that goes into official recognition of the Black Ferns has been in motion for some time now. Given this year marks the 20th anniversary of our first Women’s Rugby World Cup win in 1998, it seemed fitting to bring the players together and cap the team at a reunion dinner.”
The reunion dinner on 8 June in Auckland will bring together 130 former Black Ferns stretching back to 1989 when the first official national women’s team played the visiting Pacific Coast Grizzlies at Christchurch’s Lancaster Park.
Since then, 193 women have been selected as Black Ferns, with Canterbury’s Jacqui Apiata capped with number one and North Harbour’s Rebecca Wood the newest Black Fern from the 2017 squad.

Tew said the reunion dinner promises to be a great evening, with a number of overseas-based players attending the event.
“Wearing the black jersey and representing your country is a special moment for any New Zealand athlete. This is a rare opportunity for former teammates to get together, reminisce, and celebrate their success. It’s going to be a very special night and is another element of creating an ongoing legacy for the team.”

About the capping project 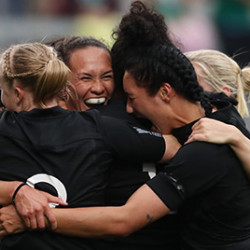