New Zealand fans will get their first taste of the World Champion Black Ferns in action this year when they take on Australia in two tantalising trans-Tasman double header Test matches in August.

The Laurie O’Reilly Memorial Trophy will be up for grabs when the Black Ferns play Australia in Sydney and Auckland on the same nights as the All Blacks take on Australia in their bid for the Bledisloe Cup.

QUICK TAP: CONRAD SMITH REVEALS GREATEST ADVICE
New Zealand Rugby (NZR) Chief Executive Steve Tew said the Test matches will give rugby fans on both sides of the Tasman the opportunity to enjoy a couple of thrilling nights of rugby.
“We are very excited at the prospect of having both the Black Ferns and All Blacks in action against one of our closest rivals.  Having our two top sides take on the Aussies in the same night is something special and to be able to schedule double Test matches both home and away is a real bonus.
“The popularity of the Black Ferns and women’s rugby has grown massively in the past couple of years and we’re sure Kiwi fans on both sides of the Tasman will take this opportunity to cheer on our World Champions. For the players it’s a chance for friends and family to watch them play at home too.”
The first double-header takes place at Sydney’s ANZ Stadium on 18 August with a rematch the following week on Saturday 25 August, in Auckland.

WATCH ?? We caught up with the players after the #BlackFerns7s reclaimed their Kitakyushu title ??#Kitakyushu7s pic.twitter.com/ySNjp77aSA— Black Ferns (@BlackFerns) April 23, 2018

We are proud to team up with @AIGRugby as we tackle discrimination together! #DiversityIsStrength pic.twitter.com/iOITBOIfx5— All Blacks (@AllBlacks) April 23, 2018 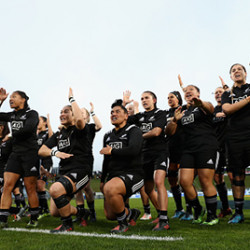