Blues get another start from Rieko Ioane 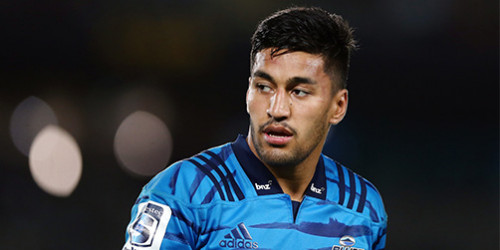 Facing the Waratahs at Eden Park on Saturday, the Blues will be looking to ride their recent wave of Investec Super Rugby success and will have All Blacks wing Rieko Ioane on board for the contest.

It had been anticipated he would take his All Blacks' leave this week but coach Leon MacDonald said: "He's probably in some of his best try-scoring form so it's important we keep riding the momentum with Rieko and keep him playing.

QUICK TAP: ISRAEL DAGG HANGS UP THE BOOTS
"He's energetic, he's feeling good and enjoying his rugby at the moment so we've got the luxury, with our draw and the byes, to play with that a little bit and we'll use it to our advantage," he said.

Under those circumstances Ioane's form made his selection for his seventh game certain. MacDonald said they had gone into the season with a rough idea of how he would be scheduled to meet his rest requirements but his form and the form of the team, and what was needed immediately, helped the decision.

Just when Ioane would get to have his break in the seven games remaining after Saturday would be subject to several variables but it would happen, he said.

All Blacks in the side had the ability to lift the players around them and while Ioane was one of those players, MacDonald said lock and captain Patrick Tuipulotu was similar with the effect he had up front and was a catalyst for the intensity in the side's maul.

"We put pressure on our All Blacks and our big players to be leaders on the park and there's been a few guys who have put their hands up and done that for us in the last few weeks," he said.

?? Nanai vs Folau ?? Who will have the edge at Eden Park on Saturday?


MacDonald felt No.8 Akira Ioane had played his best game of the season last weekend. He had contributed in all aspects of the game. It wasn't just his ball-carrying, there had been some good defensive work and some times when he had put his head in some dark places against some low-carrying forwards and he was great at holding up ball in mauls.

"His ability to set quickly in space and then start calling for the ball has become a real trademark of his game which we're obviously benefiting from when the ball gets wide he's making good decisions," he said.

Caleb Clarke had got the nod for selection on the right wing after he and Matt Duffie played for the B team last week. He had been a good performer before his injury but it was still a tough decision, he said.

Duffie's chance would come, he said. He was working hard and there was still a lot of rugby to be played in the season.

While there would be the usual concerns with the Waratahs fullback Israel Folau and the way first five-eighths Bernard Foley could control a game, a more significant concern was the quality of the Waratahs' pack and the way they had gone about their work.

"They've been really physical, especially in the loose forwards and their second row has been dominant physically so we're expecting a really tough battle," he said.

MacDonald said they had been very happy with the way they had nullified the Stormers' lineout maul threat, but in other areas of the field the lineout hadn't performed so well and they had been working on tidying up those aspects as well.

PREVIEW | Can the Blues make it 4?? wins in a row on Saturday night when they take on the Waratahs in Auckland? ?? 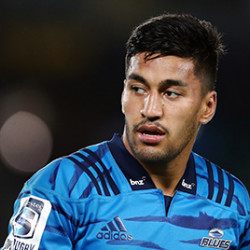