Blues get their win, now it's time to build 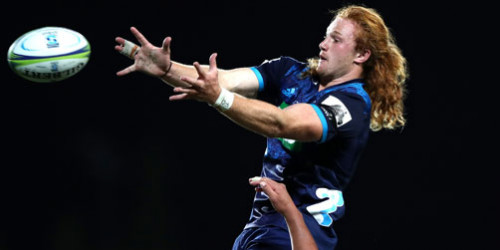 Going into their first bye week on the back of their 28-20 Investec Super Rugby win over the Sunwolves, the Blues would get a timely break in which to reflect and build.

Coach Leon MacDonald said on the back of a disciplined effort at QBE Stadium on Saturday in which the Blues benefited from a 3-15 penalty count, they had needed to have things start going their way to get the belief to start growing.

QUICK TAP: SUPER RUGBY ROUND FOUR REVIEW
MacDonald said it had been a relief to get a win after a couple of tough weeks. While it hadn't been pretty they had toughed it out and were deserving of the win in the end.

"The Sunwolves played really well and tested us around the park and there was some really good stuff among some loose stuff, but overall it was a really good collective effort," he said.

It was clear the Blues were at their best when players like wing Rieko and No.8 Akira Ioane were carrying the ball but it hadn't gone their way in the previous two weeks and to see them get their hands on the ball was both exciting and pleasing, he said.

MacDonald said looking at the territory and possession the Blues controlled the second half very well.

"Even though we just had our noses in front we felt like we were playing at the right end for the majority of the game and when we started to get a little bit of dominance in the scrum we turned the screw there a little bit and didn't let them back into the game.

"Some of the game management was a lot better although some individual handling errors and bits and pieces are still cutting it off.

Rieko Ioane was on ?? for the Blues! Sit back and watch the try scoring machine do his thing. 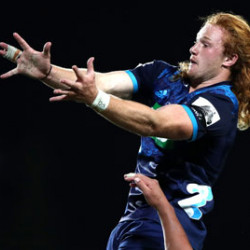