Heading to Brisbane to play the Reds in their Investec Super Rugby game on Friday without All Blacks Rieko Ioane and Patrick Tuipulotu, the remaining Blues leadership group had stepped up for the challenge.

Coach Leon MacDonald said the remaining group of players were looking forward to taking on the leadership responsibilities.

"They've worked really hard behind the scenes, they want to be better as leaders a lot of them are new to the leadership role and finding their way.

QUICK TAP: STRONGER HIGHLANDERS LOOKING TO CASH IN"I suppose having Rieko and Paddy out for the week, losing a couple of leaders means that a couple of other guys have really had to stand up so I think one of the highlights of this week has been the way that they've functioned and we've definitely seen an improvement on the field around our standards, and the driving of the standards, so hopefully we'll see it in the game," he said.

He said the side were only four points away from everyone else hunting for a playoffs spot so he wasn't prepared to concede they were out of the race.

"We feel like we're still in the hunt and we've definitely prepared and trained like that this week and our only option is to play like we can make it and let everything else follow its course," he said.

"We also want to show everyone how good a team we can be and go away on the road and put a performance together we can be proud of.

The Blues to take on the Queensland Reds

"We've shown that in glimpses throughout the year but again I go back to our own basic mistakes and until we start eliminating them we're always going to be in a fight and we want to get out of that fight and win some games."

MacDonald said they had given midfield back Sonny Bill Williams every opportunity to train during the week and to test his knee out and while he had made good progress, the team management always knew his return was going to be a stretch against the Reds and he hadn't quite made it through Wednesday training.

He said Williams found he couldn't quite push off his leg the way he would like and it didn't quite feel sharp enough.

Having to rest Ioane and Tuipulotu had been something they knew may occur in the latter part of the campaign but he said in Ioane's situation Matt Duffie was a more than reasonable replacement. It had been made a little tougher with Caleb Clarke's injury against the Bulls but Tanielu Tele'a had done a good job for the side on the wing as well.

"There's always a frustration when you know you are letting other teams in through your own mistakes and errors and it is something we have addressed a lot throughout the week, and previous weeks, about how we keep backing up some good work with some pretty basic, fundamental errors."

They would have to be better at nailing critical roles like handling this week in Brisbane, he said.

?? PIRI'S PICKS | Will we see more upsets in round 1?7? of #SuperRugby? Find out what @piriweepu is predicting for the weekend. ??#RaiseTheStakes pic.twitter.com/3UntONdMh7— Super Rugby (@SuperRugbyNZ) June 5, 2019 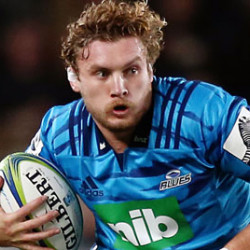