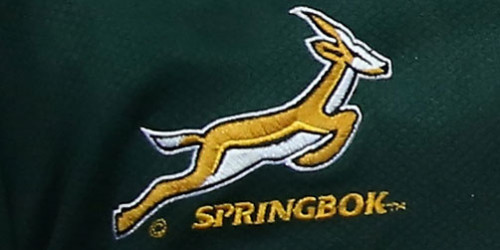 Wing Gertjie Brynard, who played a key role in one of the greatest Springbok Test victories over the All Blacks, died in South Africa at the weekend aged 80.

Brynard, a doctor, played only seven Tests, in his three-year career from 1965 to 1968, an era of few Tests but longer tours, but imprinted himself on the New Zealand psyche when scoring two tries at Lancaster Park to help South Africa score a famous 19-16 victory.

QUICK TAP: ASB RUGBY AWARDS NOMINATIONS ANNOUNCED
South Africa had been blown apart in the first half and were down 5-16 at halftime on what was a mud bath at Lancaster Park. But with two quick tries to Brynard, and a second on the day for centre John Gainsford, the Springboks were back in the game.

Long-time New Zealand rugby writer T.P. McLean was mystified by the turnaround after the break. In The Bok Busters he wrote: "The Army would order a Court of Inquiry. Racing would immediately call up the stewards. Turnabouts like this simply couldn't be allowed in well-ordered societies. Rugby being Rugby, there could only be one reaction – consternation."

But Brynard was also a key player in one of the final acts of the game, a match-winning penalty goal kicked out of the mud by lock forward Tiny Naude. When the penalty was awarded, for Colin Meads being offside, Brynard had wanted to take a tap kick with the likelihood they could score a try between them.

Naude argued the All Blacks defence would be too good. Brynard continued to push his case while Naude was using Brynard's jersey to clean the mud off the ball. Finally, Naude pointed out the touch judges were behind the posts and the resulting kick is now part of South African rugby folklore.

The 1965 tour had started indifferently for Brynard who was originally selected as a centre. He then played two games at halfback when captain Dawie de Villiers was injured against New South Wales and Auckland. He was then put on the wing. That changed his tour.
McLean said: "All of a sudden, the player who had looked lucky to be on the tour began to make the fullest use of his natural talents. These attributes were not necessarily in order of importance, a sharp brain, a heart the size of a pumpkin, the feet of a featherweight boxer, and the speed of a springbok – four-legged, not two."

South African writer A.C. Parker, who covered the tour, said Brynard had without any doubt been one of the few real successes of the tour.

"He has that priceless asset, speed off the mark, being a 'darter', and over the first important 15 yards he was, I think, the fastest man in the team. His short steps seemed to make him skim over the ground, even when the fields were muddy enough to anchor most backs, and the sight of this small top-of-the-ground runner streaking away to score a wonderful try against Auckland at Eden Park remains fresh in the memory," he said.

On the tour Brynard scored 13 tries, two behind the top scorer and fellow wing Jan Engelbrecht.

After the New Zealand tour, Brynard played only two more Tests, against the touring British & Irish Lions in 1968.

??15 Days of XVmas feature prize ?? signed All Blacks merchandise! We'll be giving all these prizes away on Wednesday, make sure you're in the running. ??