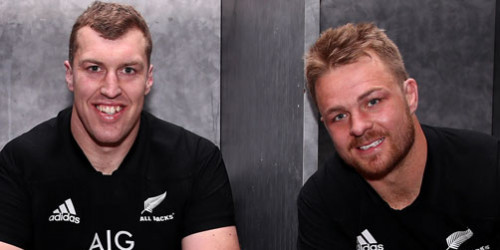 All Blacks Sam Cane and Brodie Retallick will share the captaincy duties for the Chiefs in the 2019 Investec Super Rugby competition.

But, initially, Retallick will be carrying the on-field leadership by himself as Cane recovers from surgery on his neck and which is expected to keep him out of the campaign until late-April.

QUICK TAP: FIVE RETURNING STARS TO SUPER RUGBY
Seventy-three Test veteran Retallick, 27, who is set to become a Chiefs centurion this year, said he was privileged to share the leadership with Cane.

"It is a huge honour to have the role and definitely a big responsibility but one I am really looking forward to," he said.

Coach Colin Cooper said Cane and Retallick had a long association with the Chiefs team and both had great values, work ethics and leadership qualities that they brought to the side.

"Brodie has a huge amount of respect among the player and management group. With his consistent performance leadership, he is a natural fit to work with Sam," he said.

Retallick has become a locking king pin with the Chiefs and the All Blacks and is regularly ranked as being one of the best locks in the world game. His try for the All Blacks in the Bledisloe Cup Test in Sydney last year won the World Rugby away for the best try of 2018 at their annual awards ceremony.

.@ChiefsRugby were in hot form last year, and these five tries show just what they can do with open space ??

After making his first-class debut with Hawke's Bay in 2010, Retallick played for the New Zealand Under-20 team in 2011 and made both his Chiefs and All Blacks debuts in 2012.

Cane, who has been out of the game since suffering a broken neck in the Test match against South Africa at Loftus Versfeld last year, has previously shared the Chiefs' captaincy role with Aaron Cruden and Charlie Ngatai.

Now with 106 appearances for the side, Cane's career has been notable for his strong work ethic and game knowledge. Making his first-class debut for Bay of Plenty in 2010 he was a team-mate of Retallick's in the New Zealand Under-20 side in 2011, the same year he made his debut for the Chiefs.

The Chiefs play their first pre-season game against the Blues in Kaikohe on Saturday before a game with the Reds in Brisbane on February 8. Their opening game in Super Rugby is against the Highlanders in Hamilton on February 15. 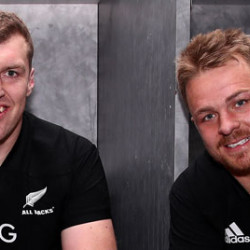