The Ranfurly Shield was never under threat as Canterbury piled on over 78 points for the second time in a week to repel a limp challenge from Counties Manukau in Christchurch.

QUICK TAP: NORTHLAND AND NORTH HARBOUR SET FOR BLOCKBUSTER CLASH
Last week Canterbury scored 61 points in a breathless second half against Southland. This week they picked up where they left off by leaping to a 17-0 lead after just 10 minutes.

Halfback Mitchell Drummond found himself in the right spot to finish both of Canterbury’s opening tries as Canterbury’s swift ball movement and offloading was too much for the Steelers defence to contain.

By the end of the half, Drummond had scored four of Canterbury’s six tries as the Steelers slumped to a 43-0 deficit and any chance of lifting the ‘log ‘o wood’ completely evaporated.

Canterbury were sharper in every facet of play and didn’t relent in the second half. The red and blacks ran in another five tries in the second spell to complete the 78-5 rout. The thumping victory didn’t surpass the record 82 points they put on Counties Manukau in 1999 but the 73 point winning margin is the biggest in their 56 year rivalry.

The Steelers have a number of electric game-breakers in their side, but they were virtually non-existent as Canterbury’s defence proved just as impressive as their attack.

Canterbury have now picked up five bonus point wins from five matches and face a short turnaround for a blockbuster against the Wellington Lions at Westpac Stadium on Sunday afternoon.

Support your team and be into WIN an awesome #AllBlacks experience with #Mitre10CupColours. FIND OUT MORE: https://t.co/TDMzRscccO pic.twitter.com/l80P3nFBXf— Mitre10 Cup (@Mitre10Cup) September 12, 2017 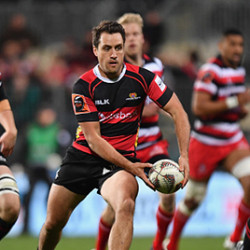