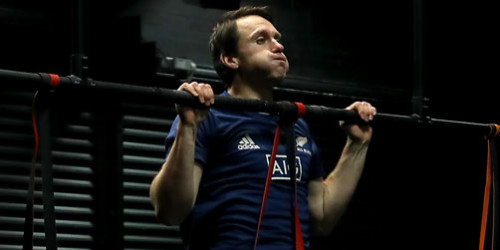 All Blacks fullback-wing Ben Smith said the Investec Rugby Championship would be an important trial for methods the side would be looking to employ during their Rugby World Cup campaign later in the year.

Smith said one of the areas the side would be looking to improve on would be attacking against line speed and it was a case of ensuring they had the tools to pull out when teams were looking to bring pressure defensively on them while also having the ability to turn the pressure around.

QUICK TAP: BEAUDEN BARRETT SIGNS WITH NZ RUGBY UNTIL 2023
Smith said he expected the All Blacks would still employ the two-sided attack which had developed when the now injured Damian McKenzie was able to step in at first receiver.

"You don't become predictable so other teams only defend one side of the rucks. I think the more you have a 15 or a 10, or whoever, owning both sides of the ruck the more effective your game is going to be.

There was no problem dealing with the task ahead of the side. They were not looking at the World Cup, rather at the immediate task for the team of performing well in the Rugby Championship.

"Every player wants to go forward and be part of this campaign whoever it is. Against Argentina next week they will get the first opportunity and that's pretty exciting.

"As players that's what we look at a week-by-week sort of thing and preparing each week as well as we can to get out there and do the job for the rest of the team," he said.

?? WORLD CUP WATCH | A @Springboks great sees similarities in the current South Africa side with the Rugby World Cup wining teams of 1995 and 2007.

It was clear from the Super Rugby final that the Argentinians would be confident in themselves as a result of the Jaguares efforts and would be looking to use a lot of what worked well for them during the Super campaign in the Tests ahead.

"They have got some pretty exciting players, like [Emiliano] Boffelli and guys like that with the footwork they've got they can beat the first defender and I think they've just got that Argentinian flair so they're pretty dangerous out wide," he said.

Smith said new five-eighths and Highlanders teammate Josh Ioane was coping well with the All Blacks environment. He was a quiet type of player who just went about his work but when training he was learning as much as he could.

"I think he's been really impressive the last couple of weeks coming into this environment and the good thing about this team is you have just got to get out there and be you and that's what Josh has done.

"He owns his own performance so he gets out there and plays really well and I think, especially in Super Rugby, you really saw him start to boss other people around and get people in the right spots to make sure his game is at the best it can be. He's owning his role which is making it a lot easier for people around him," he said.

Smith said the injury enforced break he had in the latter part of the Super season had been good for him and he had been able to work hard since coming back and he was feeling good. 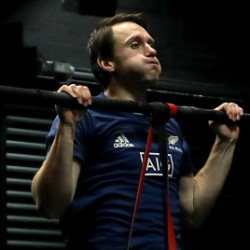