Cocksedge to lead Black Ferns against France in 50th outing 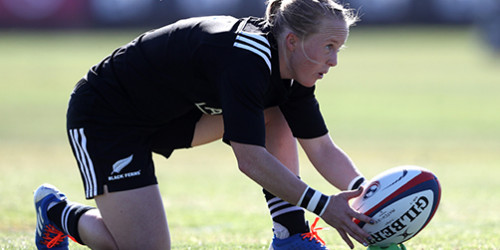 Halfback Kendra Cocksedge will captain the Black Ferns for her 50th Test match in the black jersey when the team plays France in San Diego on Sunday morning (NZT).

Moore said captain, Les Elder, was being rested with an injury and Wellington's Marcelle Parkes would start at 7. Pia Tapsell moves to blindside flanker and Charmaine McMenamin into Number 8.

The #BlackFerns having a ?? at the Padres game in San Diego tonight! pic.twitter.com/YzsW75HbuN— Black Ferns (@BlackFerns) July 4, 2019

"We expect Les will be right for the final match and Marcelle has now played a couple of Tests, been in the environment for a while, and is looking forward to starting in that position."

With two matches of the series now under their belts, and seven players having made their debuts, Moore said it was now time for the Black Ferns to take their game to the next level against the French.

"We've had a couple of good wins but if there's one thing we know about the French it's that they take a step up when they face the black jersey. We saw that when we played them twice in France eight months ago."

The French lost to Canada in the Super Series 36-19 earlier in the week.

During last year's November series against France, the Black Ferns won one match and lost the other.

A milestone 12 years in the making, Taranaki-born Kendra Cocksedge, is regarded as one of the world's best halfbacks, and in 2018 she became the first female ever to win the Kelvin R Tremain New Zealand Rugby Player of the Year.

Along with 50 Tests in the black jersey, Kendra also holds the Black Ferns record for highest number of points scored at 305.

First selected for the national side in 2007 at age 19, Kendra has played in three World Cups and was named World Rugby Player of the Year in 2015.

In Canterbury's red and black, Cocksedge has clocked up a record 800 points in total over 12 seasons in the Farah Palmer Cup. Off the field she is New Zealand Rugby's Women's Rugby Development Manager for the Crusaders region.

"Kendra directs the team around the field and she's been the best number nine in the world for a number of years now. She is relentless and very competative and she trains as hard as she plays."

?? HIGHLIGHTS | The Black Ferns put on a clinical display against @USARugby in their Super Series match in San Diego, running in five tries to none to record a 33-0 victory.

He said Cocksedge was influential off the field as well, helping to set the culture of the Black Ferns.

"It will be a very special moment on Saturday [local time] because she also gets to captain the team on her 50th outing."

"Kendra is an oustanding ambassador for our game and her pursuit of excellence is impressive.

"I know Kendra well personally, and she embodies the spirit and culture of the Black Ferns both on and off the field. Her enthusiasm for her sport is infectious and her skill on the field is world-leading. She is among New Zealand's greatest players - as her New Zealand Rugby Player of the Year Award last year attests.

"Kendra's legacy not ony inspires young players to want to be like her, it also motivates those around her."

New Zealand Rugby will recognise Cocksedge's achievement next month during the double header match featuring the Black Ferns and All Blacks against Australia at Eden Park in Auckland.

Cocksedge is the second most capped Black Ferns after former Black Ferns captain Fiao'o Faamausili who retired at 57 caps at the end of 2018. 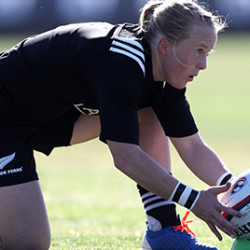