Confident Wallabies will test All Blacks 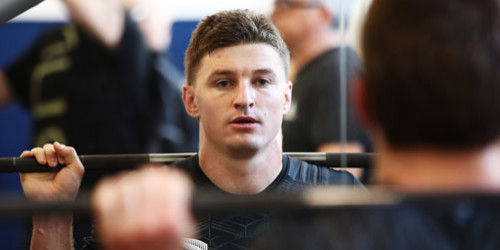 Knowing Australia would be riding high after their positive finish to the Investec Rugby Championship, the All Blacks are expecting to demonstrate their improved confidence in Saturday's Bledisloe Cup Test in Yokohama.

While the latter part of the Championship had seen the All Blacks concentrated on South Africa especially, the next few days would be spent doing their homework on Australia and different elements that were in their game since the two sides met in the first rounds of the competition.

QUICK TAP: HEADFIRST PARTNERS WITH MOVEMBER
First five-eighths Beauden Barrett said they always expected to face a confident Australian team but after their finish to the Championship they would have more belief that may have been missing earlier.

Their second half effort to beat Argentina in their final game had been impressive.

"It was a great comeback, we have to acknowledge that. We're aware that they can play a great attacking game of footy but what was obviously missing was their defence and it wasn't up to it in the first half. It wasn't a surprise to see them come back," he said.

Wing Rieko Ioane said last year's loss of the dead rubber Test to Australia had provided some good lessons for the All Blacks. The Wallabies had come out swinging harder than the All Blacks and deserved their win.

"We know we're in a similar situation and like Beauden said we've got to prepare accordingly," he said.

??? STORY | The All Blacks need only look back to Brisbane last year to realise the danger that Australia pose in Yokohama this weekend. 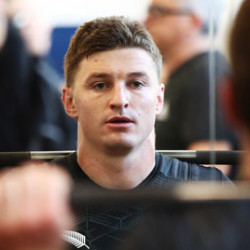