Crusaders held to draw after key try ruled out 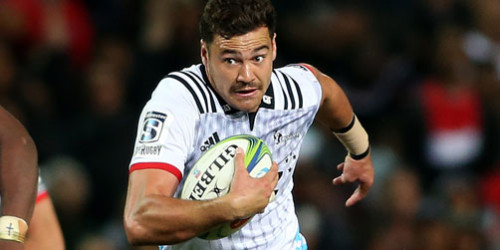 A controversial call by the TMO ruled out a potentially match-winning try to Crusaders wing Sevu Reece and the Investec Super Rugby competition leaders had to settle for a 19-19 draw with the Stormers in Cape Town on Sunday (NZT).

Reece had received the ball from replacement Braydon Ennor and then chipped ahead and had the benefit of the bounce to touch down. But the TMO ruled Ennor's pass had been forward.

QUICK TAP: HIGHLANDERS LOSE CRUCIAL MATCH AGAINST THE LIONS
It was a cruel blow for the Crusaders who then had to withstand a final storming effort by the home side. In the process they conceded a penalty on the final hooter which was kicked home by replacement five-eighths Jean-Luc du Plessis.

The Crusaders out-scored the Stormers three tries to one but the home team landed four penalty goals.

Spearheaded by their loose forwards, Pieter-Steph du Toit and Siya Kolisi with lock Eben Etzebeth and prop Steven Kitshoff, the Stormers took the game to the Crusaders from the outset and forced them to make 115 tackles to 87 while also winning the breakdown battle 74-62. The Crusaders also conceded 13 penalties to eight by the home team.

Lock Scott Barrett had a big game taking the challenge to the Stormers' defence while Jordan Taufua, who started ahead of Kieran Read also made some strong runs at the defence. First five-eighths Richie Mo'unga provided most problems for the Stormers with his tactical direction of the Crusaders' game.

The Stormers struck first from a lineout after the Crusaders conceded a scrum penalty. With a bunched group in midfield, Kolisi ran onto a long pass and split the defence to fun 22 unchallenged metres to scored after six minutes.

From the lineout take by Barrett at the front they moved the maul on the short side where flanker Matt Todd was driven over the line to score in the 29th minute.

More Stormers infringing resulted in the Crusaders kicking to the corner once more. They worked a variation on their front of lineout move but were unable to get the ball over the line. A scrum was called and with the Crusaders under penalty advantage, the ball was cleared to Mo'unga under pressure. He lobbed a kick to the goalmouth where fullback David Havili leapt to take the ball and score five minutes out from halftime.

Three minutes into the second half from a ruck, the ball was cleared to Mo'unga who threw a long pass across the backline to hooker Codie Taylor. He ran hard into space and fed Ennor who had too much speed down the sideline to score.

FT | Another draw! Did anyone see this coming?#STOvCRU pic.twitter.com/72XuRwDIfy— Super Rugby (@SuperRugbyNZ) May 18, 2019 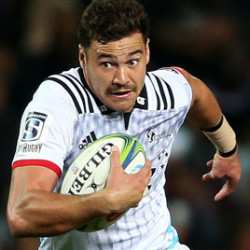