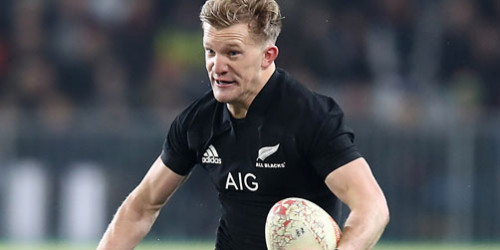 All Blacks coach Steve Hansen has revealed that Damian McKenzie will be out action for 8-9 months with a ruptured ACL injury.

McKenzie was missing from the All Blacks foundation day training camp in Wellington due to the injury and is now unlikely to feature in the Rugby World Cup.

QUICK TAP: SUPER RUGBY MID-TERM REPORT CARD
“He’s done an ACL and looks to be out for eight to nine months which is a real shame for him,” Hansen said.
“His World Cup opportunity’s gone but he’s still young enough to make probably the next two. It’s just important he gets his knee right and takes the time to be able to come back and achieve the dreams that he wants to achieve.
“It’s sad for him obviously. It creates another opportunity for someone else. We’ve got to expect injuries and there will be more than just him I’d say.”
McKenzie sustained the injury while making a tackle early in the second half of the Chiefs 33-29 win over the Blues on Saturday.

INJURY UPDATE | #AllBlacks coach Steve Hansen reveals that Damian McKenzie will be out of rugby for 8-9 months due to a ruptured ACL sustained playing for @ChiefsRugby. pic.twitter.com/Z8VBtsEb0X— All Blacks (@AllBlacks) April 15, 2019 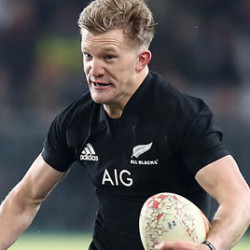