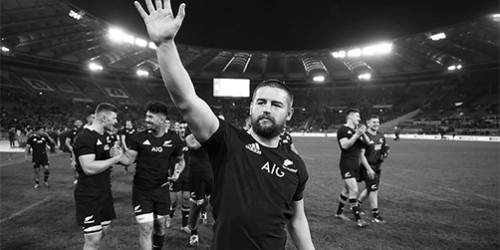 All Blacks hooker and Hurricanes captain Dane Coles has confirmed he is staying in New Zealand after extending his contract through to 2021.

His recommitment means New Zealand Rugby and the Hurricanes can continue to rely on his outstanding leadership, skill and experience for the next three years.

QUICK TAP: KARL TE NANA SELECTS HIS ULTIMATE ALL BLACKS SEVENS TEAM
The 2015 Rugby World Cup winner, who led the Hurricanes to the club's first Investec Super Rugby title a year later, said he was committed to continuing his career in New Zealand.

"I still feel like there are things that I want to achieve in New Zealand with teams that mean a lot to me," Coles said.

"Missing all of last year's Super Rugby season with injury made me realise just how much I missed being out there for the Hurricanes and I want more time in the jersey."

The 32-year-old has played 60 Tests for the All Blacks since making his debut against Scotland in 2012.

Coles' strength, mobility and speed helped to redefine the qualities required for a modern international front rower, with an ability to break through tackles and flat foot defenders that sets him apart.

In 2015, he cemented his place as the All Blacks first choice hooker and started in the Rugby World Cup final victory over Australia. Coles' status as a leader was also recognised when he was named as captain of the Hurricanes for the 2016 Investec Super Rugby season.

New Zealand Rugby Chief Executive Steve Tew said Coles is a trusted, and highly valued player on and off the field.

“Dane has become one of those influential players whose leadership sets an incredibly high standard in any team for which he plays.

“We know he still has his sights set on a few goals in New Zealand, and we are committed to helping him achieve those,” he said.

?? SPECIAL FEATURE | With another huge year of rugby looming, we take a look at 19 players to keep an eye on in 2019.

Coles played the last of his 100 Super Rugby games in the semifinal loss to the Lions in 2017, eight years after he made his debut. He is a fan favourite for the Hurricanes, where he regularly leads from the front.

Hurricanes Head Coach John Plumtree was delighted that Coles would continue to be part of the club moving forward.

"It's fantastic for everyone here that Dane will continue to lead us and be as influential as he is," he said.

Hurricanes chief executive Avan Lee said it was incredibly positive to see Coles continue in the game in New Zealand.

"I know Dane would not like a fuss made of it but I think it is significant that a player of his calibre and standing will be here for an extended period. We are delighted and I know our members and fans will be too." 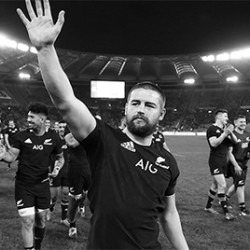