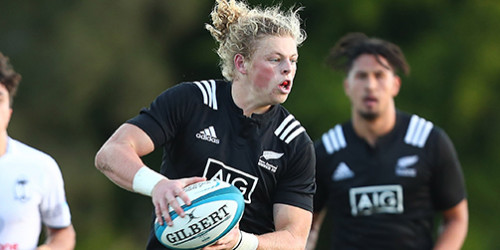 All Blacks Sevens Coach Clark Laidlaw has named the team for their season opener in Dubai this weekend.

The All Blacks Sevens team is;

*Amanaki Nicole is the travelling reserve.

Northland’s Scott Gregory will make his World Series debut in the black jersey this weekend, after his first hit out with the All Blacks Sevens at the Oceania Sevens earlier this month.

“Scott has only been in our environment a short time, but he has proved to be a quick learner and we are excited to see what he will achieve on the field. He’s already had an impressive year with New Zealand Under 20s and a strong Mitre 10 Cup campaign, he’s looking forward to this next opportunity.”

Sione Molia will join Scott Curry as co-captains for the tournament, with Tim Mikkelson in New Zealand awaiting the arrival of his first child.

QUICK TAP: BLACK FERNS SEVENS TEAM NAMED FOR DUBAI
“Having co-captains worked really well for us last season so with Timmy out it provides another opportunity for Sione to step up and show his leadership skills. He is already a valued leader in our environment and we know he will work well alongside Scott in this role."

“We can’t stress enough how tough the series is going to be with Olympic Qualification on the line. Every tournament is important which means every time you step on the field you have to be ready,” said Laidlaw.

Kurt Baker had originally travelled with the team but returned to New Zealand with a calf injury earlier this week.

The countdown is on until the Men's @WorldRugby7s Series begins, and here's what awaits the #AllBlacks7s: 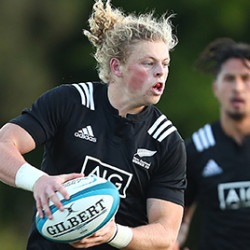