England facing injury crisis ahead of All Blacks 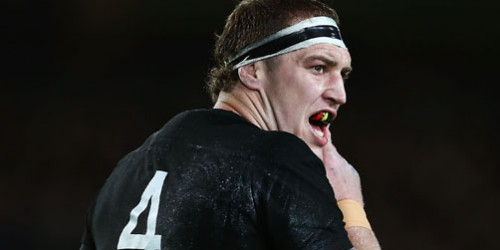 Ahead of England's November 10 Test with the All Blacks at Twickenham, former England and British & Irish Lions hooker Brian Moore wonders where England can find the players to match the All Blacks, and the Springboks, who they meet on November 3.

In the wake of the Investec Rugby Championship finale between the two sides, won by the All Blacks 32-30, Moore, in his Daily Telegraph column, felt England coach Eddie Jones must be thinking, "How to compete against two of the best teams on the planet – physical, talented and brave and with a lot of rugby common sense as well?"

QUICK TAP: PAPALI'I SHOCKED, HAPPY AND GRATEFUL WITH ALL BLACKS SELECTION
The problem for Jones has been exacerbated by the enforced absence of No.8 Billy Vunipola who is out for three months after breaking his arm, the third injury in a year, although his latest fracture is to his left arm, the two earlier fractures were to his right arm. That absence could be worsened as his back-up Nathan Hughes faces a disciplinary hearing for punching for which he could face a six-week ban. The third choice for the role, Sam Simmonds is also out with an injury.

There are also injury worries in the front row where Mako Vunipola suffered a calf injury at the weekend while Joe Marler has retired, Ellis Genge, Matt Mullan and Beno Obano are all out injured. Already unavailable from the backline are Anthony Watson and Jonathan Joseph.

Moore added: "Any number of All Blacks are yardsticks against which the best can be judged, but the sheer pace at which both these teams play is enough to cause panic attacks. New Zealand snatched a win, though not at their imperious best, and the reason is summed up in four words – Brodie Retallick is missing."

But he also felt England had cause to be concerned at halfback where neither Danny Care nor Ben Youngs had demonstrated the running qualities that have marked All Blacks halfback Aaron Smith or Springbok Faf de Klerk's abilities.

There would also be concern of whether England could match Springbok Malcolm Marx at hooker, not to forget either Codie Taylor or Dane Coles.

This was complicated, he said, by Jones' loyalty to Dylan Hartley as his captain.

"Hartley's form has been good without being spectacular. It is not such that he can claim an automatic berth. Jamie George's candidacy is strengthened by a number of good games in a Saracens side who are playing well," he said.

There was also concern on the open side flank where the main contenders are Chris Robshaw and Michael Rhodes with Moore suggesting that neither player had done enough in recent games to suggest they should have the job.

?? Following his selection in the #AllBlacks Vista 2018 Northern Tour squad, check out the thoughts of the new man on the block, Dalton Papali'i.