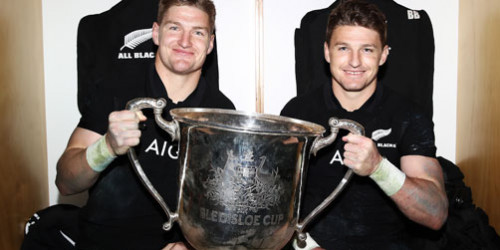 Having been built up as the Test of the decade, November's contest between the All Blacks and England at Twickenham has slipped in anticipation as a result of New Zealand's continuing form and England's slip in results.

That's the view of The Times in England.

In an article looking at what has been learned from the first two rounds of the Investec Rugby Championship, The Times said: "A new year but the same old story in The Rugby Championship. We are only two rounds in but already New Zealand have separated themselves from their southern hemisphere rivals with thumping back-to-back wins over Australia."
QUICK TAP: 'BEAUDEN'S A SPECIAL PLAYER' - PERENARA
There was a time after the 2015 Rugby World Cup when there appeared to be a changing of the guard in the world game, the newspaper said. The All Blacks lost to Ireland in Chicago while also drawing with the British & Irish Lions while England was amassing a record-equalling winning streak.

The November Test between England and the All Blacks became a focal point, but it now appeared England had missed their best shot of topping the All Blacks, the Times said.

England had hit the buffers while the All Blacks had hit their stride, they said.

"The Wallabies might have matched them in the first half of these last two Bledisloe Tests, but after halftime in both games the All Blacks were on another planet entirely."

First five-eighths Beauden Barrett made it clear that rumours of his demise were ridiculous but at the same time The Times asked what side in the world wouldn't want Richie Mo'unga or Damian McKenzie in their ranks.

"The back-to-back World Rugby player of the year increasingly appears to be re-writing the traditional fly-half role.

"The 27-year-old has now scored 30 Test tries in his career, more than JP Pietersen and level with Jason Robinson, and has a burst of pace with ball in hand never before seen in an international ten.

"After Dan Carter, New Zealand must have thought they would never see another fly-half like him. Barrett might just be even better. And the rest of the world beware, [Steve] Hansen said on Sunday his fly-half is not even the finished article yet," The Times said.

#STATCHAT | On top of his 4? tries, @beaudenbarrett also clocked 145 running metres in Auckland. Will he add to his try tally in Nelson and Wellington? pic.twitter.com/qBGLdWuGLC— All Blacks (@AllBlacks) August 28, 2018 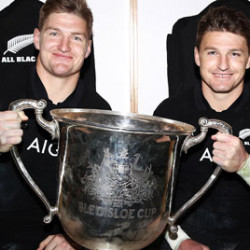