Forty-one players will attend the day which is aimed at allowing the All Blacks management team and top players to lay the foundation for the international season ahead.

New Zealand Rugby Head of High Performance Mike Anthony said the timing of the foundation days had been agreed at last year's meeting between Super Rugby coaches and All Blacks management.

OPINION | Who is looking good for a spot in the All Blacks this year? @JimKayes takes a look at the leading contenders from the opening eight rounds of @SuperRugbyNZ. 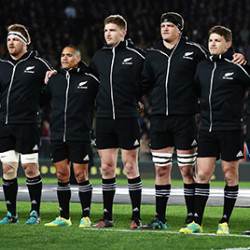