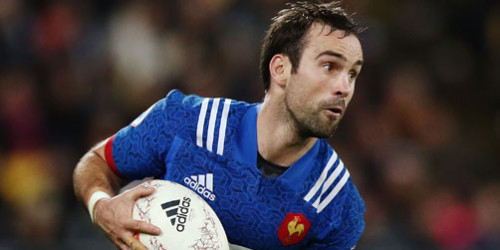 France have made two changes to their team for the third Steinlager Test against the All Blacks in Dunedin on Saturday and missing from the side is captain and centre Mathieu Bastareaud.

But the absence of the skipper will not lessen the experience available as Wesley Fofana, who has not played since France's 19-24 defeat by the All Blacks in November 2016, will take his place.

Part of the reason for Bastareaud's absence is the anticipated speed the game will be played at in Dunedin under the roof and with dry conditions.

Captaincy of the side will be in the hands of halfback Morgan Parra playing his 69th Test.

There had been some concern over lock Bernard le Roux, who suffered a calf injury in the second Test, however he has come through the week and has been named.

Fullback Benjamin Fall will also be back after the red card against him was rescinded.

However, in the reserves there is a surprise with replacement hooker Pierre Bourgarit, who made such an impression when coming on as a substitute in Wellington and being denied a stunning try by the TMO who ruled a double movement before he touched the ball down, has been included in the French Barbarians side to play the Highlanders on Friday night. His place has been taken by Adrien Pelissie. 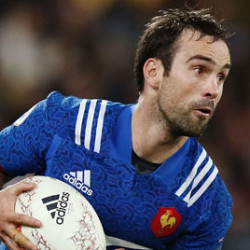