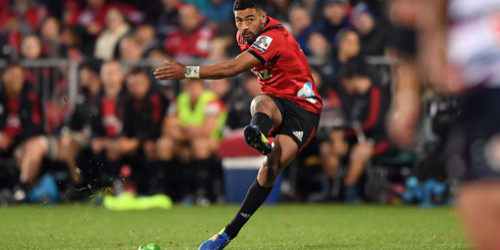 Crusaders coach Scott Robertson could reflect not only on the positive response from his side in their 66-0 Investec Super Rugby thumping of the Rebels in Christchurch on Saturday but also on the good health of his squad.

Going into their second bye in the final weekend of the regular season, Robertson knows he has achieved the coaching ultimate in going into the playoffs with the prospect of putting his best team on the field.

QUICK TAP: SUPER RUGBY REVIEW ROUND 17
To win a championship a lot needed to go right, Robertson said, and having a full team available made it easier to pick your best team.

Just as important as the magnitude of the score was the clean bill of health the side enjoyed from the game.

The selectors had some big selection issues ahead as they take a full squad into the playoffs now that prop Owen Franks and hooker Codie Taylor were fit to come back into the selection frame.

Robertson said the 66 points scored by the Crusaders was as good as the zero against the Rebels.

"It was a pretty special effort, there were some great individual efforts," he said.

"It's good but we're also aware of last week [loss to Chiefs in Fiji] and how quickly it can change so the Chiefs game was timely, and we made it timely for ourselves with our review last week," he said.

"We knew they were going to give us kick-space and we didn't take that last week against the Chiefs and we did today, and executed it really well. And when you've got the speed and you've got someone like Sevu [Reece] who can create so much and just getting the ball as quickly as you can it is the best way to do it," he said.

There were elements of the win that still caused some concern, a couple of scrums and lineouts, but against a team he rated as having the best defence in the lineout in the competition that had been useful.

Returning prop Tim Perry had gained a good 30 minutes of action after coming back from what had been a serious broken arm.

"He's worked really hard, was in good physical condition and we're really pleased for him. He scrummed pretty well when he came on and he ran round like an eager young fellow, not a 30-year-old and it was great to have him back," he said. 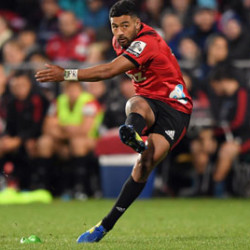