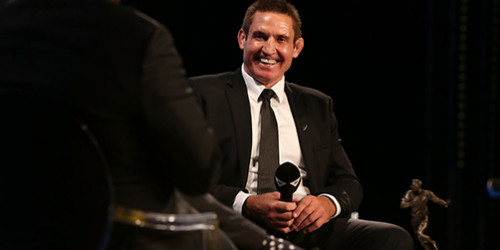 Moore has an enviable record with the team since his appointment at the end of 2015, with 15 wins and just one loss from 16 Test matches and a 2017 World Cup win.

“It’s an important phase for the Black Ferns as other countries are getting better and better. We saw that first-hand in Ireland.

“We’ll have some continuity in the team going into this year but in some cases there’ll be some rebuilding going on too. We need to keep progressing forward and I expect we’ll see some new faces this year.

Moore said it was the Black Ferns impressive work ethic that he enjoyed working with.

NZ Rugby’s General Manager of Rugby, Neil Sorensen, said Moore’s re-appointment would be popular among his team and coaching staff.

“Glenn works very, very hard for his team and knows how to get the best from them. Everyone who watched the Black Ferns World Cup Final against England will remember how Glenn helped his team come back from being behind at half time to deliver the win he knew they were capable of.

“We are thrilled to have him on board for the next two seasons.”

Sorensen said the Black Ferns 2018 playing schedule would be announced in the coming weeks.

Good luck to @BlackFerns and all of the other nominees at the #HalbergAwards tonight!

Tune into @skysportnz to watch LIVE from 8pm!