To a generation of All Blacks fans, the late Stan Pilecki will be remembered as a cornerstone prop of the Australia side that rejuvenated the Wallaby brand.

Pilecki, 70, died on Wednesday after a short illness.

He made his Test debut in 1978 against Wales at the age of 29 and was part of the Wallabies side who won the Bledisloe Cup from the All Blacks after the one-off 12-6 win in Sydney in 1979.

While his teammates famously paraded the Cup around the Sydney Cricket Ground in a victory lap, the first time several of the All Blacks ever laid eyes on the Cup, Pilecki was in the dressing room shattered from the effects of the game.

A dry-witted character, a trait that endeared him to fans around the world, he said, "No wonder I was buggered, I carried those blokes who were still fresh enough to jog 400m around the field after the hardest Bledisloe Cup Test I ever played."

Pilecki first played against the All Blacks in the first and second Tests of the 1978 Bledisloe Cup series but missed out on the third when Australia's Greg Cornelson ran rampant to score four tries in the 30-16 win at Eden Park.

Pilecki, born in a post-war refugee camp in Augustdorf, Germany to Polish parents, was taken to Australia as a three-year-old. He was always known as 'The Pole'.

He became a central figure in Queensland rugby under the watchful eye of coach Bob Templeton and would play 18 Tests between 1978-84.

Templeton said of him he was 'a really hard man of incredible natural strength. He had the basics, and a deep commitment. There was no way The Man would back down when the going got tough'.

He made his first-class debut in 1970 against Mid Canterbury and became the first player to appear 100 times for Queensland, playing 122 times in total. He played during an era of significant contact between New Zealand provincial unions and the Australian state sides Queensland and New South Wales, a development that helped rebuild Australian rugby to become a world force.

After playing 221 A grade games for his Wests club in Brisbane he retired at the age of 41. In recognition of his contribution to the game the Queensland Reds player's player of the year is awarded the Pilecki Medal. He worked in coaching, volunteer work and mentoring in his post-playing career.

In 2003 he survived acute septicaemia in 2003. That allowed him to achieve his life's ambition of retracing his heritage in Poland and Germany.

One of his teammates, Tony Shaw, the president of Rugby Australia, said after hearing of Pilecki's death: "We've lost one, if not the greatest, characters of our sport. His impact on the field was more than matched by the contribution he made away from rugby, embodying the great spirit of the game." 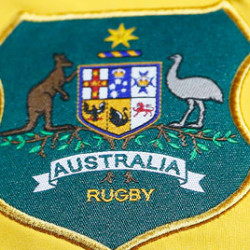