New Zealand’s top young talent from the Heartland Unions are set to once again come together to compete at the annual Jock Hobbs Memorial National Under 19 Tournament.
The Heartland team joins the best of New Zealand's young rugby talent from each of the Mitre 10 Cup provincial unions to compete in Taupo next month.
Mark Rutene takes the reigns as Head Coach of the Heartland team for a second year and has selected representatives from each of the Heartland Unions.
QUICK TAP: WANGANUI MAKE IMPRESSIVE START TO HEARTLAND CHAMPIONSHIP
Wanganui’s Hamish Bennett and Dylan Gallien return for their second year in the squad, while four players who are currently taking part in the Mitre 10 Heartland Championship are set to be released for the week-long tournament.
Nathaniel Smith and Baven Brown (King Country), Thomas Hanham-Carter (Mid Canterbury and Fabyn Kahaki (East Coast) will bring their top flight experience to the squad.
“We’re a unique team in that we only assemble a few days out from the tournament but having players with that sort of experience is going to be invaluable,” said Rutene.
Many players have been a part of the Hurricanes Heartland team playing in the Under 19 seeding matches which will provide ideal preparation for players heading into the tournament.
“This tournament is a great opportunity for these young players and shows them there is a rugby pathway regardless of where you are playing.
“The boys know all eyes will be on this tournament for a week so as a team we’ll be looking to put our best foot forward,” said Rutene.
Matches start on 10 September, with further game days on September 13 and 16. 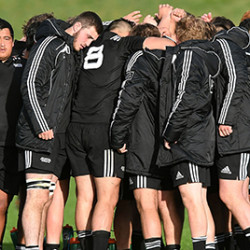