Hurricanes seek a change of luck in Hamilton 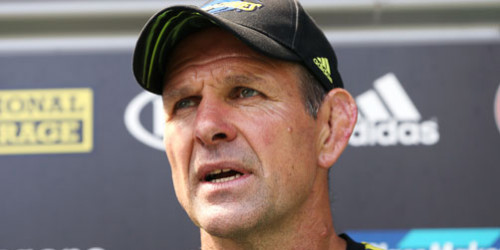 Hurricanes coach John Plumtree said the Chiefs may be going through a bad patch but a lack of wins in Hamilton by his side meant they would be giving the Chiefs plenty of respect ahead of their game on Friday in the Investec Super Rugby championship.

QUICK TAP: SUPER RUGBY ROOKIE WATCH
"If we do that reasonably well we're in with a chance. We don't play particularly well in Hamilton and that needs to change," he said.

As a result of the pounding the Hurricanes took up front in their 25-22 win over the Highlanders last weekend, changes have been made in the front row.

Plumtree has brought Toby Smith, who he said was probably their No.1 loosehead prop from a scrummaging perspective, back into the front row while Ben May had been given a starting role. May and Jeff Toomaga-Allen were being rotated all the time anyway and with Alex Fidow available again it was about keeping all guys fresh and interested.

"We're just looking for solutions. It obviously wasn't a good performance from us up front against the Highlanders. It's [about] working hard really. I know they've all been doing that.

"We know the battle is going to be hard up front again at the weekend against the Chiefs. Nothing changes for the group but I'm sure the Chiefs will be coming for us in that department," he said.

Vaea Fifita will start at lock as a chance to give Liam Mitchell a chance for a break after the rugby he had been playing so far. He said while Fifita had said he wanted extended time in the blindside flanker's position, he had been fine with this week's choice.

?? Who will have the edge when Anton Lienert-Brown and Ngani Laumape square off in the 12 jersey this Friday?

Get your tickets to see the @ChiefsRugby take on the Hurricanes here ???? https://t.co/pjIqhKIV1W pic.twitter.com/QLpm6lRAok— Super Rugby (@SuperRugbyNZ) March 13, 2019 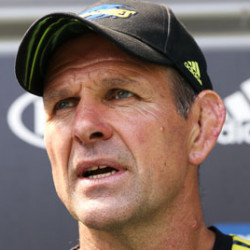 View all
Black Ferns Sevens relish opportunity to perform for home crowd
As the Black Ferns Sevens prepare for the home HSBC World Series debut, co-Coaches Allan Bunting and Cory Sweeney have confirmed the line up for this weekend’s event.
All Blacks embrace Italian style with new fashion partnership
Our men in black will soon be suited in the latest European styles, following the inking of a new partnership with Italian fashion group, Fashion Box S.P.A.
Umaga believes Blues can advance in 2020
Blues assistant coach Tana Umaga believes the side is capable of making more of an impact in Investec Super Rugby in 2020.

Four New Zealand Rugby referees confirmed for Super Rugby 2020
Mike Fraser, Ben O'Keeffe, Paul Williams and Brendon Pickerill have been confirmed in the 12-man referee team for the 2020 Super Rugby competition, which gets underway next weekend.
‘Back in Black’ Remembering the All Blacks sevens class of 2000
It’s been 21 years since the first HSBC New Zealand Sevens was played on a sunny February afternoon at Wellington’s newly-built Westpac Stadium.
Seven Questions with Mahina Paul
We catch up with Black Ferns Sevens player Mahina Paul ahead of the first ever HSBC Women's World Sevens tournament on home soil.
Crusaders: Predicted line-up for round one
Ahead of the start of the 2020 Investec Super Rugby season, superrugby.co.nz has analysed the five New Zealand squads to predict their line-ups for round one.