Injury relief in sight for Chiefs Relief from the injury frustrations that have dogged the start of the Chiefs' Investec Super Rugby campaign are in sight and it couldn't be timed better with a heavy three weeks of local derbies ahead, starting with the Highlanders in Hamilton on Good Friday.

Back from a 61-10 triumph over the Sunwolves in Tokyo, head coach Colin Cooper said the game had been very physical, much more physical than the score suggested, and he was pleased with the outcome.

QUICK TAP: INVESTEC SUPER RUGBY ROUND 6 WRAP
But just as satisfying was the lack of injuries after the game.

"It's a bonus now when we don't have an injury, it's like a bonus point," he said.

In the latest update on injuries he said Charlie Ngatai may be available for the weekend, or next week, but they were going to assess his progress during the week.

Alex Nankiville, who had an appendix issue, was another who was close to returning. Props Kane Hames and Mitch Graham were unlikely to be available in the next two weeks.

"Our lock situation is still a concern at the moment with Dom [Dominic Bird], Mitch Brown [still out]," Cooper said. Bird will have an operation and will miss the remainder of the season

They were looking at replacements over the next week.

But looking to the Highlanders, he said all the New Zealand teams were playing expansively and, defensively, the Highlanders were a great kicking team.

"So we have to be aware of the attack they're going to bring so we'll probably spend a bit more time defensively on what they will be bringing," he said.

WATCH | From Damian McKenzie's masterclass to TJ's 100th match and the Sunwolves new mascot, @piriweepu takes a look at the best moments from round six of #SuperRugby! ???????? pic.twitter.com/A2i98dCEOU— Super Rugby (@SuperRugbyNZ) March 26, 2018 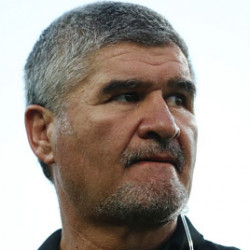