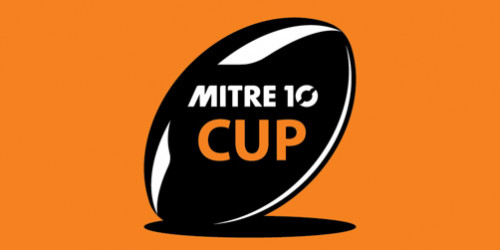 Today marks 14 days until the ITM Cup kicks off – and with one Ranfurly Shield, two trophies up for grabs, 10 weeks of play, 14 teams and 72 matches - the competition is sure to be nothing less than action-packed.

The 2015 season of the ITM Cup was officially launched today at a special event held at Auckland’s New Windsor School, where captains and senior players from the 14 ITM Cup provincial teams worked together to construct much-needed items for the students with tools and material donated by ITM.

“In its 39th season, the ITM Cup is firmly established as an important fixture in our rugby calendar and one that’s recognised as nurturing some of the country’s best sporting talent.

“The colour, excitement and rivalry of the games, along with cherished traditions such as Ranfurly Shield challenges, have seen it develop a unique identity.

“As locals band together to cheer on their teams and showcase their provincial pride, this is much more than a rugby competition, it is an intrinsic part of the community.

“Today was a great demonstration of how important community is to rugby and it's only just the beginning of something we hope will not only help build our schools, but support our national game.


“In conjunction with ITM, we are pleased to announce that at the end of the ITM Cup 2015, 13 primary schools from around the country will each win $10,000 worth of building supplies.

“Fans give the teams so much across the season, so it's nice to be able to give a little of that back.

“Thanks to ITM for again backing this competition and for helping us today,” he said.

This season’s game priorities were developed following discussions with those involved in the game, particularly ITM Cup coaches. Also taken into consideration were trends that have emerged throughout the 2015 Investec Super Rugby competition.

Three key game priorities for the ITM Cup 2015 are:

- Breakdown and offside – to give teams the opportunity to contest the breakdown and deliver quality quick ball; and to give the ball receiving team as much legal space as they are entitled to under law

- Line out to maul – with increased frequency of this occurring in games, clarity of actions for all concerned needs special attention. With this in mind, it is important that contest is encouraged and that fairness applies to both teams engaged in this phase

“Line out to maul has probably been the most topical area of late and it's important that this phase is clearly understood, both by players and match officials. It's great to have achieved clarity as to what it means and how it is applied,” Sorensen said.

“All this will help improve the flow and speed of the game, make it more enjoyable for players and importantly, improve the experience for fans. We know they love the game and we're committed to ensuring the game continues to evolve so they can keep feasting on 80 minutes of provincial rugby at its best.”

Time to get to work! The guys are building some outdoor seating for the school #ITMCup #OurGame #DIY pic.twitter.com/c3TgRxLY25— ITM Cup (@ITMCup) July 30, 2015

The competition begins in the deep south where Southland will host Auckland at Invercargill’s Rugby Park on Thursday 13 August. Early the following evening, Premiership teams Waikato and Tasman face each other at Waikato Stadium before Championship teams Bay of Plenty and North Harbour do battle at ASB Baypark Stadium.

It is all go on Saturday 15 August when reigning champions Taranaki play Wellington at New Plymouth’s Yarrow Stadium in a mid-afternoon match. Later that afternoon it will be the South Island’s turn for some action when Otago meets 2014 semi-finalists Canterbury at Forsyth Barr Stadium.

The spotlight will then turn to Napier’s McLean Park for what promises to be an exciting end to the opening round of competition. All eyes will be on Ranfurly Shield holders Hawke’s Bay, who have successfully held off three challenges in pre-season matches, as they hope to defend the Log o’Wood against Northland from 4.35pm.

My flight to Auckland for the @ITMCup launch has been cancelled! Which means my mate & I won't be able to make it?? pic.twitter.com/mZj1TRsEMk— James Marshall (@JimiMar) July 29, 2015 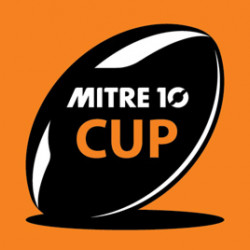