Knowing that there is always a good fan base of support whenever the All Blacks, or All Blacks Sevens, appear in Cape Town will be a boost for the injury-hit Sevens side in the latest round of the HSBC World Sevens Series over the weekend.

There was a stage when the South African Rugby Union moved Test matches away from the Cape because of the support the All Blacks got from locals, something that has been traditional for several decades.

QUICK TAP: ALL BLACKS SEVENS AIMING FOR TOP FINISH TO 2018
Those supporters made their presence known last year when New Zealand won the South African leg and captain Andrew Knewstubb, who is stepping up into the leadership role after his player of the final role last weekend in Dubai, said the side were looking forward to that support.

"After our experience here last year we know that the crowd will be big and be loud. It will be a tough tournament, and I think all the teams will agree that last week was a tough start after a tough pre-season for all of us," he told the Cape Times.

"We love it, it is awesome to get support like that, particularly away from home, and like last year, I hope they get in behind us. It is a tough pool, but most of the pools are tough because the competition is getting closer and the rugby is getting better every year." 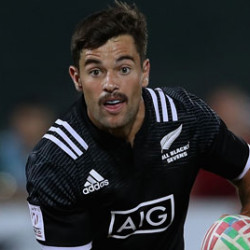