Maori All Blacks Squad named for two-match series against Fiji Are you ready Rotorua? The Maori All Blacks are coming!

Maori All Blacks Head Coach Clayton McMillan said the squad named was an exciting mix of vast experience and new energy.
“This is a really exciting squad to name. I think we have a good balance between the experience of guys who know how to perform at this level, and those who bring an important fresh perspective and energy. We also have some returning after an absence and they will bring some important knowledge into our group.
“We have named 26 players today, with one more, likely to be a prop, to be added before we travel next week.
“We’re excited to name four new caps in Nathan Harris, Alex Nankivell, Fletcher Smith and Jordan Hyland.
“With six players (Harris, Lomax, Dixon, Ioane, Hall and Tahuriorangi) in our mix with All Blacks experience, we can take a very solid squad to Suva and then on to Rotorua.
“Pulling on the Maori All Blacks jersey is a wonderful opportunity, and I know that these players will want to represent their heritage, their whanau and their country well. These next two fixtures will allow players to showcase what they have, and really put their best foot forward for higher honours.
“We’re looking forward to playing Fiji in Suva and then again in Rotorua. They’re a fantastic and exciting opposition who play a similar game to the Maori All Blacks. we know they’ll be looking to use this Series as preparation for their Rugby World Cup campaign.
“For some time we’ve been coveting a strong international opposition, and Fiji certainly fits that bill. We’re looking forward to the challenge of playing Fiji in back to back fixtures.
“I’m very excited about coaching a Maori team that is playing in Rotorua – what we consider to be the sentimental home of the Maori All Blacks.”
Maori All Blacks Schedule
V Fiji
Saturday 13 July 2019
ANZ Stadium, Suva
V Fiji
Saturday 20 July 2019
Rotorua International Stadium
Grab your tickets to see the Maori All Blacks in action against Fiji in Rotorua HERE. 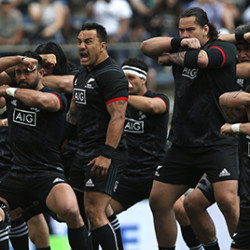