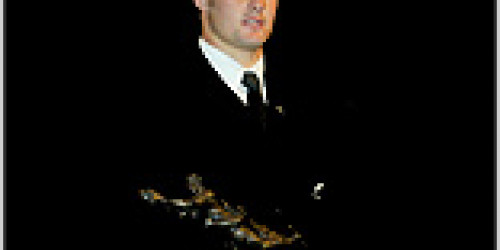 Richie McCaw, as expected, was tonight named New Zealand's player of the year, clean-sweeping the major rugby awards this year.


The Canterbury, Crusaders and All Black player, regarded as a peerless openside flanker in the past southern hemisphere season, won the award at the New Zealand Rugby Union annual Steinlager Rugby Awards at Auckland's SkyCity.

The All Blacks were named team of the year and their coach Graham Henry coach of the year.

McCaw, 25, received the Kelvin R Tremain Memorial Trophy to cap a magnificent year in the sport.

McCaw played 12 tests this year, including 10 in succession and also led the Crusaders to win the Super 14.

The Steinlager Salver, awarded annually to the person who has made an outstanding contribution to the game, was presented to former All Black forward Stan "Tiny" Hill, OBE.

Hill, 79, also a former All Blacks selector, made his name as a rugged forward for Canterbury, the New Zealand Army and Services teams and the All Blacks.

In 1956 he played in all three historic victories over the Springboks as well as the 1959 series victory over the touring British Lions.

Hill became selector for the New Zealand Army team and Canterbury before becoming an All Blacks selector from 1981 to 1986, helping the team to a clean-sweep over the Lions in 1983 and an unbeaten season in 1985.

McCaw's All Blacks, Crusaders and Canterbury teammate Daniel Carter was named Super 14 player of the year.

Carter and Chiefs and Waikato All Black Malili Muliaina were also nominated for the top player award.

The All Blacks won the team of the year for the second consecutive year, beating off the women's World Cup winning Black Ferns, Super 14 champions Crusaders and Air New Zealand Cup winners Waikato.

The All Blacks won 12 out of 13 tests this year and in the process retained the Bledisloe Cup and the Tri-Nations title. They ended the season with emphatic wins against England, France and Wales.

Henry was also named coach of the year for the second consecutive year.

As the All Blacks coach, Henry has won 32 of his 36 tests and the team have remained unbeaten at home and in the northern hemisphere under his guidance.

All Blacks, Highlanders and Otago prop Carl Hayman, from the Tuwharetoa iwi of the central North Island, was named the Tom French Memorial Maori player of the year while Black Ferns and Canterbury midfielder Amiria Marsh, who starred at the World Cup and was picked in the Cup's All Stars 15, was named women's player of the year.

Canterbury's 21-year-old flanker Michael Paterson, who excelled for New Zealand at the IRB under-21 world championship in France, was named age-grade player of the year.

And the volunteer of the year award was won by Otago's Jock Martin, president, chairman and under-13 coach at the Lawrence Rugby Club in Central Otago.

Paul Honiss was named referee of the year for the second year in a row. Honiss became New Zealand's most capped test referee after controlling his 38th test this year.

Age-grade player of the year: Michael Paterson (Canterbury and New Zealand under-21)

Referee of the year: Paul Honiss

Team of the year: All Blacks

Coach of the year: Graham Henry (All Blacks)

Player of the year: Richie McCaw (Canterbury, Crusaders and All Blacks) 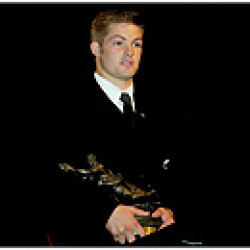