The return of Nasi Manu following treatment for cancer is the major talking point of the Tonga squad named for the 2019 Pacific Nations Cup.

Manu missed the entire Pro 14 season for his Italian club Bennetton Treviso after being diagnosed with testicular cancer in 2018 and has made a remarkable recovery to be named in the national side.

Hurricanes lock Sam Lousi has rebounded from a pectoral injury to be named in the squad for the first time alongside other newcomers Toma Taufa (prop), Otumaka Mausia (midfieler) and James Faiva (first five-eighth).

Former Chiefs star Ben Tameifuna will bolster the front row stocks while there is plenty of firepower in the backline with Siale Piutau, Cooper Vuna and Nafi Tuitavake all noted for their game-breaking abilities.

The Ikale Tahi will start their 2019 PNC against Samoa in Apia on July 27, followed by matches against Japan in Osaka and Canada at the neutral venue of Lautoka in Fiji. 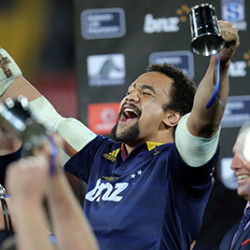