Mobile All Blacks hooker Nathan Harris has become the latest player to commit to New Zealand, extending his contract until 2021 with New Zealand Rugby and the Gallagher Chiefs.
27-year-old Harris made his Investec Super Rugby and All Blacks debut in 2014 two years after his provincial debut for Bay of Plenty in 2016. He has played 20 Tests for the All Blacks, 51 games for the Gallagher Chiefs and 29 games for Bay of Plenty.
QUICK TAP: NZ UNDER 20s READY FOR ACTION AT OCEANIA U20s
Harris said he was grateful to continue play for the Gallagher Chiefs for a further two years.
"I'm really excited to have re-signed with New Zealand rugby and to continue playing rugby for the Gallagher Chiefs for the next two seasons. I've had the privilege to be a part of this team for several years now and in that time I've developed and grown as a player. It is a fantastic environment to be a part of and I am grateful to be able to continue doing what I love," said Harris.
Harris has played 16 of his 20 Tests in the last two seasons and All Blacks Head Coach Steve Hansen has welcomed the news of his recommitment to New Zealand.
"It's great for the future of the All Blacks and the Chiefs to have someone of Nathan's ability re-signing. He's made the most of his time in our environment in the last couple of seasons, getting a number of Test caps, and is constantly working on the core aspects of his game, while also adding new skills."
Gallagher Chiefs head coach Colin Cooper said it is great to have another team leader continue with the Club.
"Nathan is a great guy and a real team player. He is very diligent and eager to learn. Over the years he has grown into his role as a senior leader amongst the team and continues to be a willing contributor both on and off the field. We are pleased to have him on board for another two seasons."
Chiefs Rugby Club CEO Michael Collins said he was pleased the Bay of Plenty hooker had re-signed for a further two years.
"It is great to have Nathan re-sign through until 2021. He is a dynamic and mobile hooker, who has developed across the course of his time in the Gallagher Chiefs. He is now a key member of the team's leadership group and it is great we are able to retain our local boys."

?? ICYMI | @izzy_dagg joins the #AllBlacksPodcast to chat through all the big moments of his career. 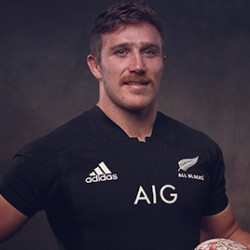