Ten new caps have been named in the Maori All Blacks squad for their 2017 northern tour to Canada and France.

The Maori All Blacks squad is (* denotes new cap):

Two more players will be named later this week.

The Maori All Blacks play Canada in Vancouver on 3 November, and the French Barbarians in Bordeaux on 10 November.

QUICK TAP: MAORI ALL BLACKS MATCHES TO BE LIVE STREAMED ON ALL BLACKS TV
Head Coach Clayton McMillan said the full squad of 27 included a group of new, but not inexperienced talent.

With players either moving offshore, or earning selection to the All Blacks, the squad takes on a very different look from the Maori All Blacks side that played against the British & Irish Lions in June.

“Many of our players have displayed outstanding form in the Mitre 10 Cup, and this tour gives them a great opportunity to step up another level again,” McMillan said.

“We’re really proud that the likes of Damian McKenzie, Rieko Ioane, Nehe Milner-Skudder and Kane Hames have all earned time in the All Blacks environment – as it shows the strength of Maori talent in New Zealand. But we now also have an opportunity to uncover other emerging Maori talent for the black jersey.

“We are fortunate to have Ash Dixon return as captain; he is the heart of our pack and his leadership, both on and off the field, steers the team’s special character,” he said.

Having coached Bay of Plenty to a Mitre 10 Cup Championship Finals berth, and the New Zealand Provincial Barbarians against the British & Irish Lions earlier this year, McMillan is embarking on his first campaign with the Maori team, a new chapter for the team, and for himself.

“This short tour is a great opportunity to take the Maori All Blacks to new audiences. It’s only the second time we have played Canada and it will be our first visit to Vancouver.

“Our match against the French Barbarians opens what will be a special weekend of rugby in France, as we play in Bordeaux on the eve of the All Blacks Test match against France in Paris.

“I’m very proud to be part of this team, and I am excited about what the next few weeks will bring,” he said.

The Maori All Blacks assemble in Auckland this week ahead of travel on Sunday. Players involved in Mitre 10 Cup Finals will join the squad after those matches. 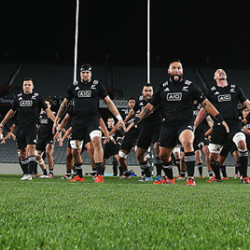