The #Mitre10Cup and #HeartlandChampionship are both set for blockbuster finals next weekend.

Craig Scanlon steps up into the Head Coaching role after acting as Assistant Coach in 2017 and said it has been an extensive process in selecting the squad.
“We have people right across the country watching matches and players to get to this point and its exciting to see the group of players we have been able to select.
The squad is a balance of 16 new faces along with nine who played in the Heartland jersey in 2017.
“Heartland teams can vary in strength from year to year and it is great to see new players rewarded for strong seasons in their provincial colours.”
The Heartland XV will play two matches early next month against Vanua XV from Fiji and the New Zealand Marist team.
Scanlon said the key will be balancing the workload in a short build up.
“We have the best players from across the Heartland Unions coming together so we know they have a high skillset and are talented players. We need to have the right balance of getting players to understand how we want to play but not over-training them on the field.

FREE ENTRY TO THE @Mitre10Cup FINAL!@AucklandRugby & @edenparknz are delighted to announce that entry to next week's final between Auckland and @crfu is FREE! 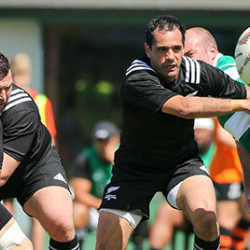