New Zealand rugby’s top players turn out for their clubs

Last weekend saw a number of New Zealand’s best rugby players feature in the community game around the country.

From Black Ferns Sevens to All Blacks, it was great to see so many top athletes go back to their roots and suit up for their respective club sides.

We have a look at some of the players who took part and who they played for.

Starting with All Blacks and Hurricanes loose forward Ardie Savea, who looked to be thoroughly enjoying himself during a hit out for his side Oriental-Rongotai against Paremata-Plimmerton at the Polo Ground in Wellington. Savea linked up with former teammate Ma’a Nonu who is assistant coach of the Ories Premier side. 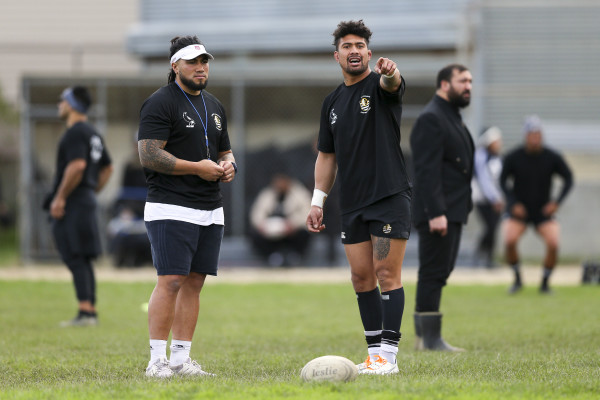 Black Ferns Sevens legend Kelly Brazier and Black Ferns hooker Luka Connor both suited up for their club, Rangataua in the Bay of Plenty women’s competition in a big win over Te Teko. Kelly had her littlest supporter on the sideline, young son Oakley. All Blacks Sevens players Regan Ware, Ngarohi McGarvey-Black, Sam Dickson and Joe Webber all played alongside each other for Rangiuru. It was Ware’s first time playing club rugby in five years.

It was great to see Black Ferns Pip Love and Grace Brooker turn out for their respective sides in Canterbury club rugby, when Christchurch took on Lincoln University. They were joined by new Black Ferns squad member Chelsea Bremner. Chiefs winger Shaun Stevenson turned out for his Harbour Rugby club side, Northcote/Birkenhead. Andrew Knewstubb from the All Blacks Sevens was back home playing in the Tasman club competition for Kahurangi. His side picking up a 21-10 win over Nelson. What a line up for the Ponsonby Fillies! Black Ferns Sevens playmaker Theresa Fitzpatrick joined the side last week for some club footy. Playing with Black Ferns Eloise Blackwell and Charmaine McMenamin and former Black Fern Linda Itunu. Typical winter rugby conditions for Black Ferns Sevens youngster Risaleaana Pouri-Lane in Tasman over the weekend. She played for club Riwaka at home.