The New Zealand Under 20 squad has arrived in Argentina and are ready for their first match of the 2019 World Rugby Under 20 Championship.

Facing Georgia in Santa Fe tomorrow (kick off 4am NZT), Coach Craig Philpott has named his team for what is expected to be a physical encounter.

The New Zealand Under 20 team is;

2. Kianu Kereru Symes ©
3. Fletcher Newell
4. Cullen Grace
5. Taine Plumtree
6. Samipeni Finau
7. Kohan Herbert
8. Devan Flanders
9. Leroy Carter
10. Rivez Reihana
11. Leicester Faingaanuku
12. Dallas McLeod
13. Quinn Tupaea
14. Etene Nanai-Seturo
15. Cole Forbes
16. Shilo Klein
17. George Dyer
18. Kaliopasi Uluilakepa
19. Tamaiti Williams
20. Tupou Vaa’i
21. Kaylum Boshier
22. Jeriah Mua
23. Simon Parker
24. Taufa Funaki
25. Fergus Burke
26. Billy Proctor
27. Scott Gregory
28. Lalomilo Lalomilo
*A World Rugby trial sees an extended bench, with eight players able to be used as replacements during the match.
Philpott said the team is excited to get into their work in Argentina.
“We’ve noticed a real buzz in the squad. These guys have worked extremely hard to get to this point and there is a real sense of emotion and enjoyment ahead of tomorrow’s match,” said Philpott.
The team spent one week in camp in Mt Maunganui before departing for Argentina and Philpott said it was a crucial opportunity to reconnect as a squad after their second place finish at the Oceania Championships.
“We established the style of rugby we wanted to play at Oceania so last week we were able to look at the challenges we faced, in particular against Australia. We had a hit out against Bay of Plenty last Tuesday which was the perfect way to get into some of that detail we identified that we needed to work on.”
Game one opponents, Georgia, are renowned for having a big team and Philpott said the team are prepared for the challenge up front.
“Most teams will be bigger than us and tomorrow we are expecting an awesome challenge from Georgia. Our guys are excited about that, Derren (Witcombe, set piece coach) has come in and picked up that challenge and has our players looking forward to getting into it.”
New Zealand Under 20 schedule (matches will be broadcast live on Spark Sport, times listed in NZT)
New Zealand v Georgia
Wednesday 5 June, 4am
New Zealand v Scotland
Sunday 9 June, 6.30am
New Zealand v South Africa
Thursday 13 June, 6.30am

TOURNAMENT PREVIEW | The 12th annual #WorldRugbyU20s begins in Argentina this week with the #NZU20s aiming for a record seventh tournament victory. 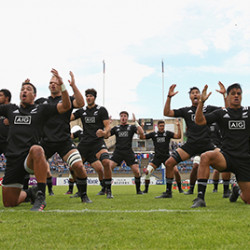