OPINION: All Blacks selection set to be full of surprises The All Blacks squad is set to be named Thursday at 12pm
Bolters are such a rarity in the selection of modern-day All Blacks teams but with a Rugby World Cup in two years time there must be a question over whether Steve Hansen and his selectors Ian Foster and Grant Fox might be tempted to assess candidates in the white-hot atmosphere of a series against the British & Irish Lions.
The departure of players overseas: tighthead prop Charlie Faumuina, loose forward Steven Luatua, halfback Tawera Kerr-Barlow and first five-eighths Aaron Cruden, could influence the selectors to look to their replacements during the series, or later in the Investec Rugby Championship.
QUICK TAP: WHERE TO WATCH THE DHL NZ LIONS SERIES 2017 IF YOU’RE NOT IN NZCompounding the selection options are injured players with hooker Dane Coles almost certain to be overlooked after so long out of the game attempting to recover from concussion. Charlie Ngatai, also a prospective consideration for second five-eighths, has also been hindered in staking his claim as a result of concussion issues.
Another second five-eighths prospect Ryan Crotty, a key part of the Crusaders success this year, is also out of action at the moment with a rib cartilage injury.
However, the relative depth through most positions in New Zealand ensures no crisis exists across the board.
Contenders for the squad to be announced on Thursday are many and varied.
At fullback incumbent Ben Smith would be the obvious selection and in any squad the likelihood of Israel Dagg and Damian McKenzie being available to call on should see them included, with Dagg having the advantage of being able to play on the right wing. The interesting point will be whether Jordie Barrett is elevated beyond the apprentice status he enjoyed last year on the northern tour.

Right wing is also hotly-contested with Waisake Naholo, Rieko Ioane and a recovering Nehe Milner-Skudder all in the mix with Dagg.
Julian Savea rules the roost on the left wing but a case could be made for Ioane also on the left wing where he played some games for the Blues while Seta Tamanivalu is another option.
The midfield is a traffic jam that could prove as congested as Auckland's motorways. Assuming Crotty is unavailable, Sonny Bill Williams is his prospective replacement but if the selectors are unimpressed by his form there is always the possibility that Anton Lienert-Brown could fill the role which would leave the challenge for centre based on Malakai Fekitoa, George Moala or possibly Josh Goodhue, who has shone for the Crusaders.
As back-up in an extended squad Ngani Laumape would be an interesting proposition, especially for later in the year.
Equally congested is first five-eighths where Beauden Barrett has set all the standards this year with some interesting options behind him in Cruden, Lima Sopoaga and Richie Mo'unga.
Halfback is also well served where Aaron Smith and TJ Perenara are in a hot race for starting duties while Kerr-Barlow, Augustine Pulu or Mitch Drummond could be considerations in a wider squad.
The return of Kieran Read will be keenly watched in the Samoan Test after his absence. His fitness shouldn't be an issue as he was able to maintain his training regime through his injury, it is just his match hardness that will be of concern. As back-up Steven Luatua has impressed this season with the Blues while Luke Whitelock wouldn't be beyond consideration as well.
On the blindside of the scrum the return of Jerome Kaino will be equally watched while Elliot Dixon and Hurricanes loosie Brad Shields could be another and that is not to forget Liam Squire should he be recovered from injury.
Little surprise would greet Sam Cane and Ardie Savea's inclusion in the side, with Savea also offering back-up at No.8 should the occasion arise. Behind them also would be Matt Todd.
Sam Whitelock and a hopefully fit Brodie Retallick would be among the first names entered by the selectors with Luke Romano and Scott Barrett not far behind. And with resources like Patrick Tuipulotu, Tom Franklin and Dominic Bird there is no lack of ability in that department.
Hooker should be Codie Taylor in the starting side while Nathan Harris, Liam Coltman and James Parsons would all be contenders for support roles while Coles' Hurricanes replacement Ricky Riccitelli also has appeal in the longer term.
Owen Franks and Charlie Faumuina are the incumbents and front runners among the tighthead props but comers like Nepo Laulala, Jeffery Toomaga-Allen and Ofa Tu'ungafasi will be other considerations.
On the loosehead side Joe Moody and Wyatt Crockett would be preferred while Kane Hames and Chris Eves shape as two possible contenders.
Fullbacks: Ben Smith, Damian McKenzieThree-quarters: Julian Savea, Waisake Naholo, Rieko Ioane, Israel Dagg, Malakai Fekitoa, Anton Lienert-BrownFive-eighths: Sonny Bill Williams, Ryan Crotty (if fit), Beauden Barrett, Aaron Cruden, Lima SopoagaHalfbacks: Aaron Smith, TJ Perenara, Tawera Kerr-BarlowLoose forwards: Kieran Read, Steven Luatua, Sam Cane, Ardie Savea, Jerome Kaino, Elliot DixonLocks: Brodie Retallick, Sam Whitelock, Luke Romano, Scott BarrettProps: Owen Franks, Charlie Faumuina, Nepo Laulala, Joe Moody, Wyatt Crockett.Hookers: Codie Taylor, Nathan Harris 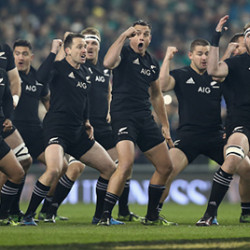 Ten Rugby books to read in a time of hiatus
Not having any live rugby to watch, listen to or attend could leave you missing your rugby fix but here's a retro idea, read a rugby book.
Mid-season Report Card: The Hurricanes
We check in on all five New Zealand teams to see how they are tracking so far in 2020.