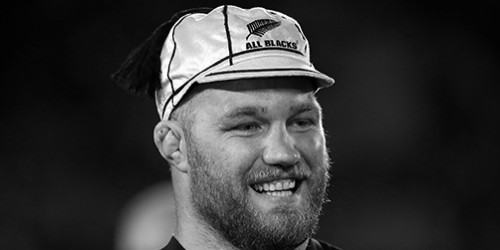 One of the best props of the modern era, All Blacks and BNZ Crusaders centurion Owen Franks has announced he will be leaving New Zealand Rugby at the end of 2019.

31-year-old Franks will head to English club Northampton Saints at the end of the year where he will play alongside brother Ben.

QUICK TAP: UNDER 20s STARS READY FOR STEP UP TO SUPER RUGBY
“The Crusaders, All Blacks and Canterbury Rugby have been a big part of my life, and my family’s lives, for more than a decade now, and I’m grateful for every opportunity I’ve had to live my dream in those jerseys,” Franks said.

“New Zealand will always be home, but Northampton presents a great opportunity for me to test myself in a new rugby environment, and reconnect with family there.

“While I know I’ll look back at the end of my time in New Zealand with an immense amount of pride, I still have a lot I want to achieve this year and some big goals to tick off before I leave.”

“Owen set the standard for professional players in his unwavering commitment to preparation and playing the game at the highest level. While he will be with us for one more season, now is the opportunity to acknowledge everything he has done for the game.

“He was the third youngest prop to ever pull on the All Blacks jersey, a testament to his drive and dedication from an early age, and is one of just nine All Blacks centurions. It’s that consistency as well as his quiet, no-nonsense approach to the game that fans love about Owie and he will leave our shores as an All Blacks legend.

“We wish him all the best in his final season with us.”

All Blacks Head Coach Steve Hansen added: “Owie is one of the most professional players I’ve had the privilege of coaching. The standards he sets for himself — and others — are exemplary.

“His unbelievable commitment to his preparation, on-field and gym training, diet and his game is there for all to see, and inspires others. He has done this from the first time he made the All Blacks in 2009, has continued that throughout his whole career, and his achievement in reaching 106 Tests to date reflects that.

“We wish Owen, wife Emma and their family all the very best when their new adventure starts next year.”

BNZ Crusaders Head Coach Scott Robertson said: “Owen is the ultimate professional. His preparation and work ethic is unparalleled, and he trains tirelessly to be the best in his position.

“He is what we hope every young prop coming through the Crusaders region aspires to be like, and we look forward to a huge 2019 season alongside him”

BNZ Crusaders CEO Colin Mansbridge added: “Owen is a huge part of the fabric of the Crusaders, and continues to set the standard for front rowers worldwide.

“Despite all that he has achieved, Owen remains a humble competitor, and driven to achieve more – so it comes as no surprise to us that he has decided to pursue a new rugby challenge at the end of the year.

“Fortunately, we will have one final season with Owen in 2019, but we wish him and his family all the very best for their next chapter.”

Canterbury Rugby CEO Tony Smail said: “On behalf of Canterbury Rugby, we thank Owen for his loyalty to the red and black jersey since making his debut back in 2007. We’re proud of all he has gone on to achieve in New Zealand throughout his rugby career and congratulate him on the legacy he’ll leave at every level of the game.” 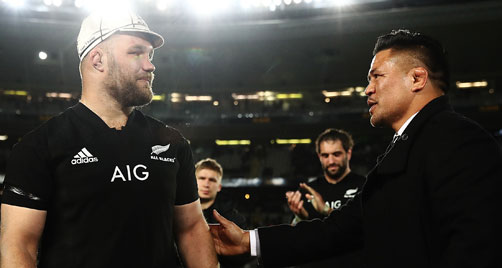 OWEN FRANKS is one of the best tighthead props in the modern era and a legend of the game.

Born in Motueka at the top of New Zealand’s South Island, he was schooled at Christchurch Boys’ High School and played his club rugby for Linwood.

An uncompromising training regime from a young age saw him develop his physical presence and rugby knowledge and he made the New Zealand Under 21 team and his provincial debut for Canterbury in 2007.

Franks went on to make his Crusaders debut in 2009 and in June that year made his All Blacks debut against Italy at the age of 21 years and 186 days, the third-youngest prop to play for the All Blacks.

He became a Super Rugby centurion in the Crusaders match against the Highlanders in 2015 and an All Blacks Test centurion in Investec Rugby Championship Test against Australia in Auckland last year. 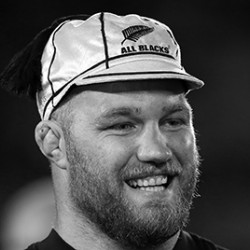